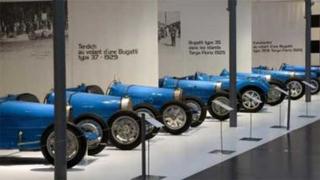 British concierge company Elegance Star has organised an ultra-exclusive Gastronomic Tour of France in partnership with the Hampshire and Surrey-based Phyllis Tuckwell Hospice.

Limited to 15 cars, the week-long trip will begin with a black tie gala dinner in Kent before wending their way through the vineyards of Champagne, Burgundy and Beaujolais as well as the rugged terrain of the Ardeche and the Gorge of Verdon. Participants will visit some of the finest hotels and restaurants in France, including include two chateaux, a converted monastery and two five star hotels. While non-competitive, the tour will also take some of the most famous stages from the Monte Carlo Rally.

‘Elegance Star has gained the approval of the Automobile Club of Monaco to end the event with a drive through the Principality and a ceremonial finish in Casino Square,’ says Elegance Star CEO Samir Kotecha.

There is a participation fee of £15,000 per car, with the aim of raising at least £25,000 for the Phyllis Tuckwell Hospice. The tour starts on August 31 and participation will be restricted to those with ‘interesting’ cars – either classic models or modern supercars. The organisers have already received requests to participate from US, Russia and UK.