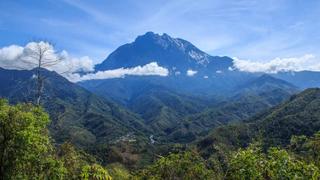 Camper & Nicholsons Marinas has revealed its intention to invest heavily in the infrastructure of South East Asia with more than 40 marinas in development and planning.

Despite stunning cruising grounds the region has been hampered by a lack of services and marinas to support long range cruising. Camper & Nicholsons has worked on 27 projects over the past seven years and has now announced that a further 16 projects are in the pipeline.

Bill Green, technical director of Camper & Nicholsons Marinas, said that the company was excited by the “huge potential that exists in the market in South East Asia”.

“There is a big opportunity for us,” he added. “The region possesses some of the finest cruising grounds in the world and a host of multi-cultural attractions — perfect for those looking for that alternative and unique experience; and from a business perspective — dynamic economies.”

In 2011 Camper & Nicholsons First Eastern (CNFE) was created as a joint collaboration between the firm and an established Hong Kong based Investment Group. Since its formation the CNFE has completed feasibility and concept design projects for marinas all over South East Asia but there are still large challenges facing the region — predominantly the its vast area.

“The objective has to be to reduce the sailing times between marinas and provide more safe destinations with the appropriate level of services,” Green added. “Good marinas in key locations are needed to provide the necessary network.”

Green suggested that the development in Thailand was a good model to follow and there should be a focus on developing small quality marinas. He also argued that there needed to be a “team effort” to improve the region.

“It’s a time for marina consultants and operators like ourselves to work collaboratively with governments, property developers and other industry players to improve, build and boost yachting in the region,” Green said.

Last month Camper & Nicholsons Marinas announced a project a bit closer to home with the redesign and refurbishment of London’s St Katharine Docks.

7 of the best luxury spas in Asia