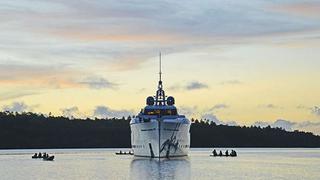 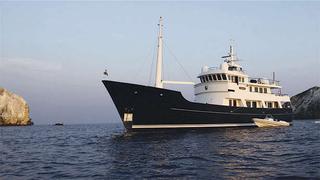 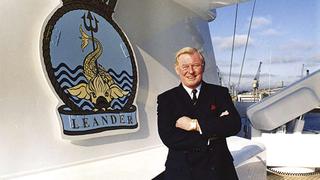 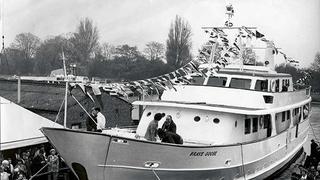 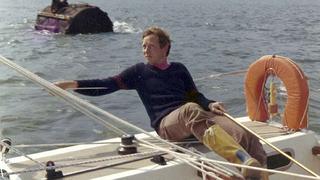 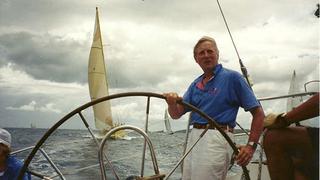 The World Superyacht Awards go beyond recognising the finest yachts delivered in the previous year and also recognise the people behind these yachts. The following awards are bestowed to superyacht owners and industry professionals who bring passion, ingenuity and a sense of adventure to the world of yachting.

_Exuma _is a 50-metre motor yacht built by Picchiotti/Perini Navi to a design by Philippe Briand of Vitruvius Yachts. At the design stage _Exuma _was specifically customised for cruising the more remote areas of the Pacific and her entry, written personally by the owner, catalogues an example of this: An adventurous voyage, made between 2012 and 2013, that started in New Caledonia and Vanuatu and progressed through the Solomon Islands to Papua New Guinea, Micronesia, Palau, and Sabah ending in the Philippines. Not only was the account well written and beautifully illustrated, it also displayed an enviable depth of knowledge of, and interaction with, the various populations encountered throughout the itinerary. The judges considered it to be an excellent example of a cruise that deserved recognition in the form of a Neptune.

Built by JFA Yachts in France in 2003, _Zeepaard _is a 37-metre expedition yacht designed for adventurous voyages. Her circumnavigation between 2009 and 2013, starting and finishing in the Mediterranean, certainly qualified as such, covering a total of 50,000nm and 39 countries. While the totality of the voyage was too long a duration to qualify for the Voyager’s Award, the judges extracted a portion which fell within the two year limit specified within the rules. Even so, this was an epic cruise. As the judges were to see from a small sample of the 40,000 or so images, it was clear that the owner, along with his family and friends, encountered incredible experiences everywhere they went, even in the rather more adventurous ‘pirate zones’, for which they were well prepared. This was a notable voyage of exactly the type for which expedition yachts were designed, and the judges considered it most worthy of a Neptune.

With more than 60 years in superyachting – and counting – Sir Donald Gosling is the archetypal yacht owner. Generous, warm, knowledgeable, modest and ever the gentleman, his love affair with the sea started aged just nine when his mother used to take him to the Round Tower in Portsmouth to watch the warships coming and going. From that point, yachts, ships and the sea dominated his thoughts, and enrolling in the Royal Navy was the logical outcome.

After a spell of active service at the end of the Second World War and beyond, Sir Donald found himself on civvy street following the post-war cuts in the Navy. With the transition to land and training as a surveyor came the hankering to get back on the water, and with the help of a few savings, his first ‘yacht’ followed shortly after – a 10-foot clinker built boat with an inboard engine that he kept on the Thames. A successful business partnership with Sir Ronald Hobson meant that Sir Donald was soon able to trade up, and in 1953 he acquired Elizabeth Gertrude, a fine yacht launched in 1935 that had been built for Lord Rothschild.

In 1960, he built his first custom yacht – the 22.9 metre Silver Goose. It was the first of many yachts that would bear the Goose name, and she was followed in 1972 by the first, 35 metre Brave Goose – built at Toughs of Teddington on the River Thames – with her name changed after a promise made to his son who had shown great courage going through an operation as a child. Another Brave Goose – 41.7 metres long and also built at Toughs – followed in 1986, and at the same time Sir Donald acquired the 48.8 metre Katalina which he deployed to the Caribbean. No sooner had he sold Katalina – deciding that two yachts was a bit too much of a headache – than he sold Brave Goose, and was suddenly without a yacht once more. However, he had fallen in love with the 49.25 metre Edenforth, and bought her in 1988.

In 1990 Peter Insull asked him to go to a shipyard in Germany which was making the transition from building warships to building yachts. There, he fell in love with a 2,000 tonne yacht under construction and bought her, imposing his own wishes on the build. In 1993,_ Leander G_ (named after HMS Leander – Sir Donald’s Royal Navy posting) was launched, and she has been a much-loved staple of the superyacht scene ever since, welcoming both charter guests and Royalty on a regular basis.

Appointed Vice Admiral of the United Kingdom by HM the Queen in 2012, Sir Donald has also held a long association with charitable causes, particularly with the Royal Navy. He has served the White Ensign Association for over 40 years and is currently its President, and in 1992 he also created The Gosling Foundation. The purpose of the Foundation is to provide charitable help to a wide spectrum of causes with priority given to the Royal Navy and HM Forces, the police and law and order. The Foundation recently joined forces with the UK government providing a substantial grant to save HMS Victory for future generations to appreciate. He remains a trustee, vice patron or president of several other charitable trusts including the Greater London Fund for the Blind, The Labrador Rescue Trust, Chatham Historic Dockyard, The Hobson Charity and the Bernard Sunley Charitable Foundation.

With so many decades experience in superyachting, it is hardly surprising that Sir Donald carries with him a wealth of stories and anecdotes, which those fortunate enough to have spent time with him will undoubtedly have enjoyed, often accompanied by a glass or two of Champagne. But more than this, it is his passion and infectious enthusiasm for the sea – whether enjoying Leander, or cruising the Thames on his 72-foot canal boat Maisie, or going out for a blast on the newest Brave Goose, a 56-foot Sunseeker – and for yachts in particular, that mark him as a true legend in superyachting.

Roger Lean-Vercoe is nominated for this award which recognises his 40 years of dedication to the pursuit of excellence in the world of sailing and superyachts. Continually striving for perfection in everything he undertakes, Roger is one of the world’s leading authorities on the design, build and performance of modern day superyachts, all the more notable as he only started on this path after a highly successful career in the British Army.

Roger joined the British Army in 1960 and during his 20 years of service undertook operational tours in Germany, Norway and Northern Ireland as a Royal Engineer in a commando squadron. Reaching the rank of Major, Roger brought a love of sailing with him from childhood and progressed from sailing instructor to manager of the British Army sailing team, where he sailed and raced Nicholson 43s and Contessa 26s.

It was his other passion for photography that paved the path for Roger’s future calling and it wasn’t long before the pull of the ocean led him to leave the Army and forge a career made from the two. During his Army sailing time, he realised that very few photos were taken of yachts as they raced, so purchased an Avon Searider and towed it around the UK, taking incredible and ground breaking action photos of regattas and races. Developing the photos in a dark room he designed and built himself, he initially sold photos to industry magazines, but it was not long before he used his exceptional writing ability to tell stories from the water and his work expanded across Europe and the World. Towing his trusty Searider around Europe he wrote for magazines as far afield as North America, Japan, Australia and New Zealand as well as writing articles for the Daily Telegraph, The Guardian and The Times newspapers. He also covered several larger events for magazines such as GQ and even Penthouse where he covered the 89/90 Whitbread Round the World Race.

Gaining a reputation as an expert photographer and writer, Roger was trusted to run the press office for the 1988 Olympic sailing events in Pusan, Korea, and it was around this time he was approached by Boat International to write a book about large boats. Twenty-seven volumes later, “The Superyachts” series is the authority on modern designs and can be found on many yacht owners’ shelves at home and on board. Throughout this period, Roger continued to travel and write for Boat International, also finding time to chair the ShowBoats Design Awards, the Superyacht Design Symposium, the Young Designer of the Year and is trusted with chairing the judging panel for World Superyacht Awards.

Almost 60 years after Roger first climbed into a clinker built dinghy in his home waters of Weymouth, Roger continues to devote his life to superyachts and the people who design, construct, run and own them. It is through his drive, passion, commitment to excellence and encyclopaedic knowledge of his craft, that events such as the World Superyacht Awards are possible. It is for this, and his unswerving commitment to perfection, that Roger Lean-Vercoe is exceptionally deserving of recognition for all that he has done for the world of superyachts.