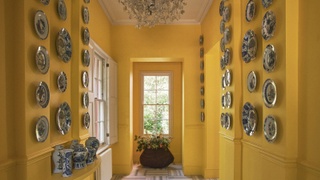 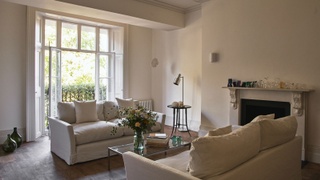 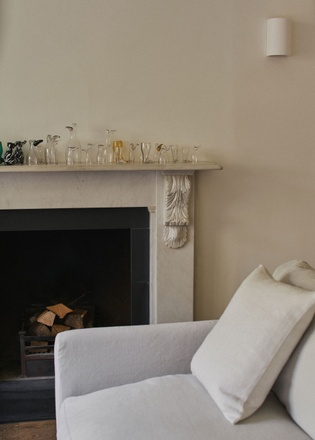 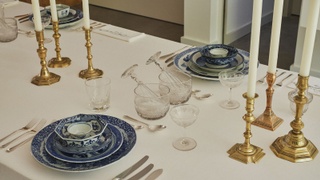 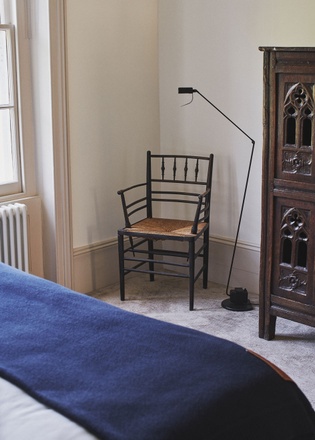 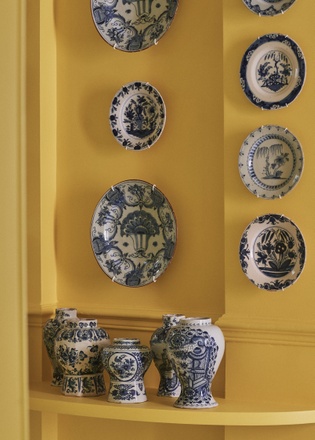 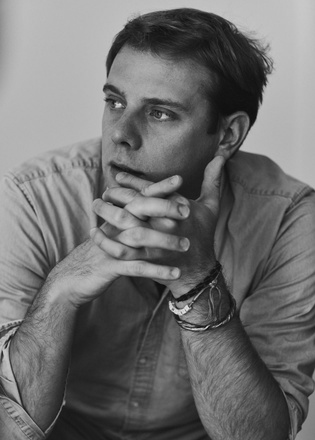 "Any project I've ever worked on, it has to be about storytelling,” Jonathan Anderson says of transforming a Notting Hill townhouse into Ruinart’s one-bedroom Hotel 1729 this summer. Open for only two weeks, the ultra-boutique hotel invites guests into the world of the first established champagne house and into the imagination of the visionary London designer. The result is a beautifully minimalist space where antiquity meets modernity (with much inspiration coming from the period Ruinart was founded) and in which a plethora of artworks and articles - sourced predominantly from Anderson’s own home, and his fashion houses, Loewe and JW Anderson - tell their stories.

"I always think it's important to have minimalism,” comments Anderson. "This idea of something that is over the top but pared back. You see that throughout the house."

While the sunshine-hued entrance hall is offset by an impressive display of Delft porcelain, the high-ceilinged, earthy-toned lounge is adorned with a curated mix of artwork, pottery and paperweights that Anderson has collected, each of which begs a closer look.

Sharing an appreciation of art with Ruinart, Anderson's starting point for the aesthetic of the dining room came from the 1735 painting ‘Le Déjeuner d’Huîtres’ (The Oyster Lunch) by Jean-François de Troy. Illustrating a lavish gathering, the work is thought to be the first appearance of a champagne bottle in an artwork.

Elsewhere, the rooms are filled with pieces from Anderson’s extensive collections - evoking his love of storytelling - from pottery rescued from a shipwreck to 19th century wall hangings used in Indonesian marriage ceremonies.

"I've been collecting tableware for a long time and I'm very into the etiquette of eating,” Anderson comments on curating the dining experience. The table is laid with an assortment of plate-and-glass ware primarily from Japan, because of the fashion for Japanese ceramics in France and England in Ruinart's year of birth. Mismatching is part of the magic. "Each plate tells a story.”

A visual history lesson in Champagne glasses is displayed on the wall, with a collection of flutes and coups from the 18th century to the present day available for guests to sip their Ruinart from. "I think champagne and wine tastes better from an old glass,” Anderson laughs, but it’s also the importance (and romanticism) of second-hand that appeals. “I love the idea of using the antique plates and glass rather than buy something new; it’s a bit like conscious luxury.”

The sole bedroom (for two guests) boasts a historic centrepiece - a wooden Tudor cabinet belonging to Anderson. The Northern Irish-born designer also nods to his family history, choosing white linen by Givan's, the company that his grandfather worked for. Continuing the marrying of past and present, a Loewe throw covers the foot of the bed.

“It’s a work in progress,” the designer says of wanting guests to feel that the hotel isn’t a finished product, but rather an evolving, studio-like space that could be added to.

Downstairs, the dining room and kitchen, opening out onto a picturesque garden, offers an expansive table (necessary to serve the storied 18th-century place settings) where guests can invite an additional six people to dine - hosted by Ruinart’s own Maître D’, Olivier Livoir, and chef Luke Selby - and to recreate that so indulgent scene from ‘Le Déjeuner d’Huîtres’.