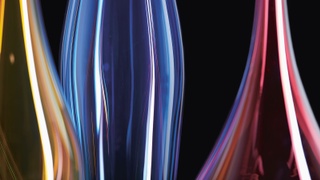 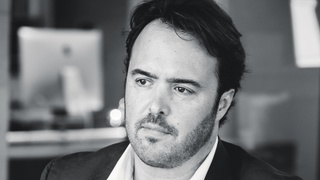 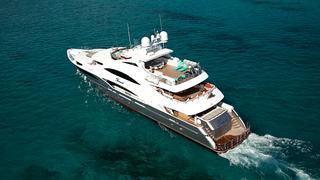 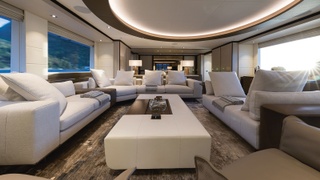 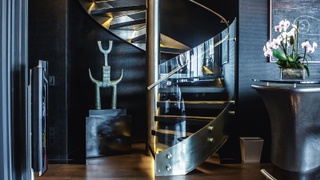 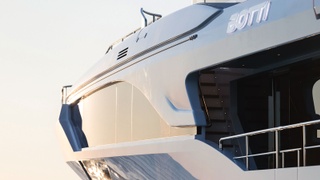 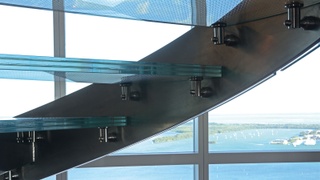 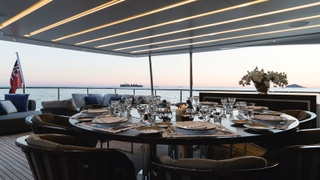 The right light: Designer Ramón Alonso on the marriage of glass and light

The “view” factor of a superyacht has never been so important, and the right integration of glass and interior lighting can transform the atmosphere on board, says the award-winning designer

An architecture graduate from Universidad Anáhuac in Mexico City, Ramón Alonso is the first Mexican designer to win a World Superyacht Award, and has been nominated on three occasions. Since founding Miami-based Radyca, Alonso has pushed the limits of design in architecture and interiors, working on cinemas and high-end residential and commercial projects, as well as yachts and private aircraft interiors, not to mention collaborations with several international museums and pavilions.

Some of Radyca’s largest superyacht projects to date include the interior design of the 55-metre Heesen Laurentia, the 50-metre Trinity Tsumat and the 35.5-metre Benetti Botti, while the Radyca team has also worked with major shipyards in Europe including Azimut and Sunseeker.

Radyca’s design ethos is to integrate culture into its designs, incorporating traditional values with innovative technology; the use of cutting-edge glass and lighting technology is part of that sense of purpose.

“I truly believe that glass and lighting are the two most interesting areas in the interior design of modern yachts. No longer are interiors just about fabrics, furniture and art: without proper atmosphere these just sit in space. Good glass and lighting design help showcase those elements and give them context.

Let’s start with glass. It’s no longer just for natural lighting but has many different objectives. As well as transparency it can help provide privacy: frosted, with film, or with two pieces of glass holding a third material in between to great effect. There’s a prototype I’ve designed (but not yet built) where panes of structural curved glass create impressive views and the illusion of having a two-deck rather than a three-deck yacht; there will be a space that can be transformed from interior to exterior depending on the glass.

The ‘view’ factor has changed completely from the small portholes of the past. Now, you get yachts such as the 90-metre Oceanco DAR, which has a huge amount of architectural glass. It’s good because the whole point of having a yacht is to be in contact with Mother Nature.

Creating good views is an increasingly important part of the designer’s work. In a building, that’s where the value of the property resides and on a yacht, the beautiful and constantly changing views are the greatest asset. Incorporating these views into the overall design is what today’s owners want.

In the past the use of glass was restricted because it was heavy. The weight is still there but, with better technology, windows are getting much larger – plus glass is now used for the structural styling of yachts, not just doors and windows. There are so many more varieties of glass out there, too. Leading manufacturers such as Tilse offer many different products including Formglas Spezial, which uses two or more layers of toughened glass and can even be bulletproof, while some glass is strong enough to be used below the waterline. I recently visited a cinema lounge where you could look out of the window straight into the ocean. A few years ago that wouldn’t have been possible.

Another limitation of glass in the past was the transmission of heat and cold, which meant more air conditioning. But with Low-E glass, designers no longer need to be constrained, and the glass itself can manage the amount of temperature or light you want.

Lighting and glass are closely related. They’re both about transparency and illumination, and are normally considered at the same time. Glass provides natural light and fixtures offer artificial light, and in yacht interiors the combination makes for an integrated interior that is functional as well as beautiful.

As with glass, lighting has developed enormously and there are no longer large space requirements. In the old days, you needed to sacrifice height to house lighting fixtures, which also created a lot of heat. Now, with new technologies, in particular LEDs, you can gain back that valuable space and consume less energy. It’s a different world.

The two key roles – ambient lighting and focus lighting – still hold sway. But new technology has allowed these elements to become smaller, and lighting can be applied to previously inaccessible spaces, such as a tiny reveal that also acts as a light source. LEDs on staircases can create a beautiful environment that also helps with passenger safety.

Today you can create myriad light accents throughout a vessel and work with sculptural light, dramatic light, kinetic light and colour.

There is one company that I love, and which I now represent. It’s a German manufacturer called Apure that makes the most powerful high-tech architectural fixtures, developed by Porsche Design. Just 25 millimetres deep, these lights fit into the tiniest of spaces, and as they’re waterproof you can use them inside or outside. For me, the future lies in lighting systems that can control an entire vessel, and I’m excited by the growing use of AI, so that light can only be used where it is needed, and consumption tracked.”

The light fantastic: Statement lamps for your superyacht