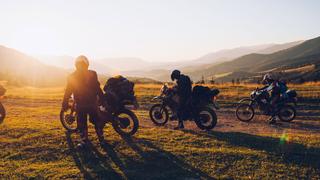 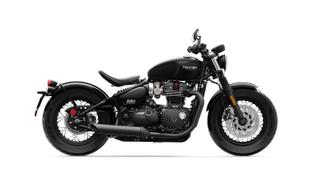 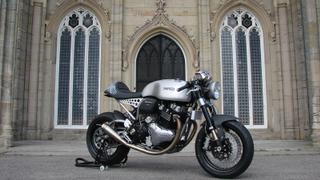 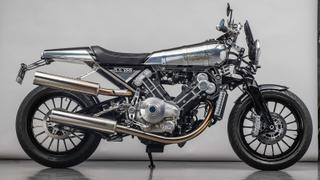 Back in the saddle: The British brands leading a motorcycle revival

The heritage-inspired motorcycle scene has long been hampered by underachieving machines and debatable design. But change is in the air, and those looking for an incredible set of wheels to cruise around the marina are finding that the chic age of motorcycling is burgeoning once again. This is in part due to the rebirth of some fine British motorcycle brands. Forget the Italian pizzazz of Ducati or Moto Guzzi, ignore the V-twin aggression of Harley-Davidson, and focus instead on the British marques that started it all: Triumph, Norton and Brough Superior.

British manufacturers paved the way in technology, styling and performance. From multiple Isle of Man TT wins to Bonneville land speed records, they also inspired the early designs of many competitors in the 1960s and 70s, in particular the growing number of Japanese bike-makers such as Honda, Yamaha and Kawasaki. They also swept across pop culture – think Steve McQueen and his Triumph TR6 Trophy in The Great Escape, or Peter O’Toole on his Brough Superior SS100 in Lawrence of Arabia.

Beset with financial and logistical issues during the inter-war and post-war periods, many of the manufacturers temporarily lost their cool or ceased production altogether. It took a while, but over the past decade several of these British institutions have kick-started themselves back into life and now sit at the top of the industry once again.

It was Triumph that began the retro-inspired movement, and even reused its original Bonneville model name. While iterations of the Bonneville twin engine in the early noughties left a lot to the imagination, the new models pack as much punch as they do style, thanks to the dedication of father-and-son duo John and Nick Bloor, Triumph’s owner and CEO respectively.

And its latest offering, the Bonneville Bobber Black, aims to elevate the marque even further. Of all the modern Bonnevilles, it is the Bobber Black that offers the most in terms of styling and performance. Its 1200cc parallel-twin engine aids the immediacy of the powertrain, and the force of outright acceleration is enough to make the rear wheel spin with excitement. Triumph, it appears, has injected its modern classic range with the hearty oomph it needs to be a legitimate contender to those V-twin beasts across the pond. They also sit very sensibly around the £12,000 mark, meaning they are bound to become the daily ride for many an enthusiast.

Famed for its “Unapproachable Norton Dominator” of the 1950s and winners of numerous Isle of Man TT races pre and post-war, Norton is also back in business. The company’s owner, Stuart Garner, resurrected the name in 2008 by buying the grandiose Donington Hall, set within a 400-hectare estate in Leicestershire, to act as its global headquarters. Like Triumph, its most popular modern offering clings to the name that made the marque so famous – the Dominator. Yet the new edition is very much the modern café racer it needs to be. Clip-on racing bars, single-passenger carbon fibre racing seat, high-performance Öhlins forks and rear mono-shock... the list goes on. It is high-tech performance that oozes cool, and the £19,950 price tag reflects this.

Brough Superior is perhaps the most esteemed British motorcycle manufacturer and it, too, was revived in 2008. By 2013, the first reimagined Brough Superior SS100 was unveiled to global acclaim. Billed as “the Rolls-Royce of motorcycles” by founder George Brough and guaranteed to reach the Holy Grail speed of 100mph (160km/h), only 383 SS100s were produced in Brough’s original 20-year production period (1920-1940) that spawned 3,000 bikes in total. TE Lawrence (of Arabia) famously owned seven, and ultimately died riding one. For 68 years, the company lay dormant until Mark Upham bought the rights and set about recreating the SS100 with the exact founding principles of George Brough himself.

For some connoisseurs, the new SS100 is the crème de la crème of two-wheeled machines. While the design elements clearly hark back to the original model, it comes with a superior level of craftsmanship and modern engineering, such as a machined titanium frame and a double-wishbone front suspension system. With fewer than 100 models made per year, and order books already full for some time to come, it is the exclusivity and provenance of such a machine that draws people in. Bear in mind that even the cheapest of the original Broughs will cost in excess of £100,000 at auction and one could argue that, at around £60,00, the new SS100 is a bargain.

There are those who abhor the new age of modern classic motorcycles, but sales figures show something else altogether. Riders appear to adore them, and their steady rise is set only to grow.