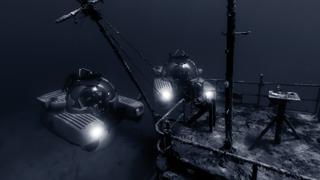 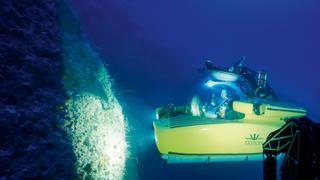 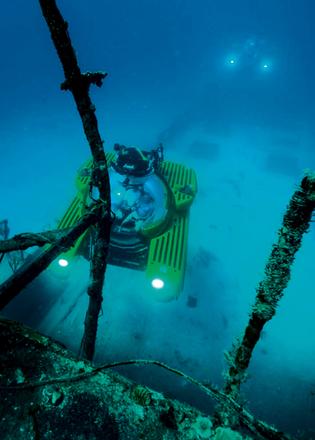 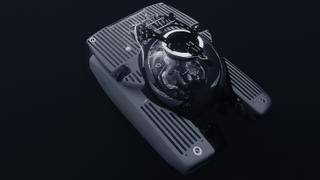 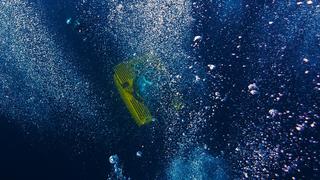 Deep and meaningful: Taking a test dive in the Triton 3300/3 submarine

The Triton 3300/3 personal submarine can explore the oceans to a depth of one kilometre, allowing yacht owners rare glimpses of the underwater world. Marilyn Mower bubbles with enthusiasm...

As I fly east across the Bahama Bank, even the improbable water colours below cannot dislodge the last thing a colleague said before I boarded a plane to Nassau: “Are you claustrophobic?” It’s not a thought I need rattling around my head hours before taking a test dive in a new Triton 3300/3 personal submarine, the most popular sub in Triton’s range.

The company has chartered the 67 metre shadow vessel Global for the series of tests with brokers, technicians, captains – and me. We approach the boat’s huge aft working platform in a RIB, but there are no subs in sight. We quickly learn that the pair of 3300/3s and the new low profile 1650/3 are already bobbing around in position, ready for an intensive day of dives off Nassau’s western shore.

Global’s aft deck is set up with refreshments, a lounge of plush deck furniture, a big screen monitor for the safety briefing and a command centre that crackles with communication between the pilots, the tender drivers and the mothership. We are treated to images from a trip aboard the expedition yacht Alucia with Dr Tsunemi Kubodera, where a giant squid was filmed in the Pacific for the first time, all from a Triton sub. Seeing the Japanese scientist who has devoted his life to studying these mythic-seeming creatures finally see the monster swim past at 900 metres is a “wow” moment. Now I want mine.

Over the din of the videos and chatter of engineers, I hear my name. I had asked for a marine biologist as a guide and Justin Hofman, from EYOS Expeditions, obliges. He’s a marine biologist, photographer, painter and all round nice guy from California. We jump in a RIB and zoom off to swap to an even smaller inflatable – used because the bigger RIB risks scratching the sub’s acrylic bubble.

Suddenly I see the top of the Triton’s big clear sphere rising out of the water. The hatch opens and two grinning men pop out and slide into the little rubber boat. They are practically giddy, saying things like “best experience of my life”. But I don’t have time to chat – a man in a wetsuit is pulling me out of the rubber boat and guiding me across the yellow deck of the sub. “Put one foot here, the other here, sit on the edge of the hatch and slide down.” The firm hand of pilot Troy Engen guides my feet to a landing pad atop his helm console and beckons me to a seat. Hofman lands inside the same way. I’m floating, dry and yet under water.

We go through the safety briefing: if something happens to the sub’s manoeuvrability we have 12 hours of life support through three systems; if something happens to the pilot, turn this dial, flip this switch and there’s the radio. It’s neat, tidy and apparently idiot proof. Engen, who is Triton’s general manager, tells me he used to be a blimp pilot. Thirty three years ago he had the chance to descend in a sub and that was the end of blimps. I take in the cool blueness of the interior, the switches, gizmos and the fact that no matter how far I tilt my head up or down or swivel from side to side, it’s all view. The sky disappears, we start descending, and I can’t process sensations fast enough. Hofman calls out species as I try to fathom my place inside this perfectly clear bubble silently dropping through another world.

And down and down until we quickly reach a deep blue depth below 150 metres, where we find ourselves staring at a reef wall. Troy flips on the lights and wire coral comes to life glowing white. As sloshy as it was on the surface, the sub is rock steady and silent down here and we have all turned the most wonderful shade of Avatar blue in our little bubble. The Triton 3300/3 is so named because it can dive to 3,300ft – just over a kilometre – carrying three passengers, but our trip today is mere snorkelling depth for a sub as capable as this, Engen says.

Still, we’re well below the surface and I feel no pressure in my ears. The subs stay at surface pressure inside, regardless of depth, thanks to their construction and life support systems. A few weeks later I visit the factory in Vero, Florida, to see how the passenger compartment is attached to the metal frame that contains batteries, thrusters, compressors, air and ballast tanks and the mechanism for operating the robotic arms, every bit approved by DNV GL. Company president Patrick Lahey tells me DNV GL and ABS are the only two certification bodies with enough knowledge of submersibles to approve passenger subs.

But today we are scaling the reef wall and my companions are calling out the names of various wonders competing for my attention. Suddenly, they are excitedly calling out the Latin name of something and pointing. “There, to the right of that sponge. It looks like a ribbon.” We hover. The “ribbon” is in fact a trumpetfish, and it seems just inches from us but is actually probably three metres away, such is the magnifying effect of the 16.5cm thick sphere.

From all the chatter, I gather that the fish is exhibiting unusual behaviour. Engen speculates it’s dead or dying but Hofman disagrees, urging the pilot to pause. We hover and wait. Flash! Snap! The fish explodes into action, capturing something I can’t quite make out. Hofman and Engen whoop – neither have ever seen this species exhibit this behaviour before.

Next a lionfish comes out and challenges us, turning and presenting his venomous spines. We discuss how these invaders are thriving in the Bahamas despite the bounty offered on them by the government. They are voracious eaters with no enemies in these waters. I want to grab him with the robotic arm but he disappears into a hole in the reef. Engen says he has seen lionfish far below the depth of scuba divers – which is about the time I realise I’m way below that depth too.

All too soon, the speaker crackles to life and we’re ordered up for someone else’s turn. We pop back to the surface, a surreal experience of colour changes and bubbles. Engen opens the hatch for us to decamp into the inflatable for the ride back to Global, where I learn what it takes to drive one of these subs: 20 hours of pilot training. The lessons start in the factory and then move to open water. It’s not often a yacht’s captain, but usually a crew member that’s dispatched to be trained, and there are some on board Global for a refresher. They are required to learn all the failsafe routines, and all seem to have a good understanding of the maintenance required; like helicopter pilots, they stay close to their machines.

My 3300/3 was lead acid battery-powered, but the smaller 1650/3 has lithium iron phosphate batteries and Triton calls it “the superyacht sub”, since, at just 1.8 metres high, it’s designed to slip more easily into superyacht garages. The idea is to embark the sub without having to do any major surgery to the internals of your superyacht. Both the 3300/3 and 1650/3 have been designed, however, with a single lift point to make launch and recovery as simple as possible.

Before I leave Global for the flight back to Florida, I pause to watch a clip of the legendary naturalist Sir David Attenborough, who had been invited to dive in a Triton sub on the Great Barrier Reef. Attenborough was visibly moved by the experience of exploring below the surface, “a privilege given to very few”, he said. I feel fortunate to be one of those few, and to discover that being in a three person submarine is not the claustrophobic experience I had feared, but rather a window on an unseen world.

The Best Personal Submarines for Superyachts