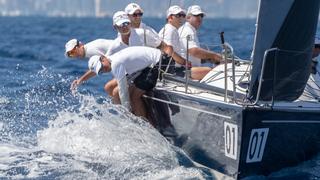 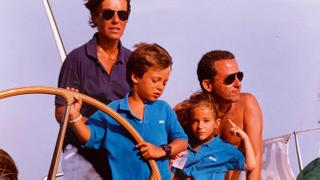 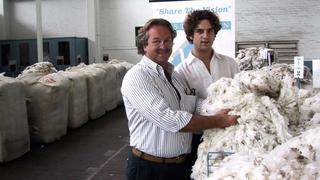 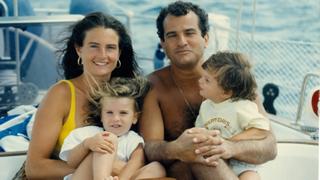 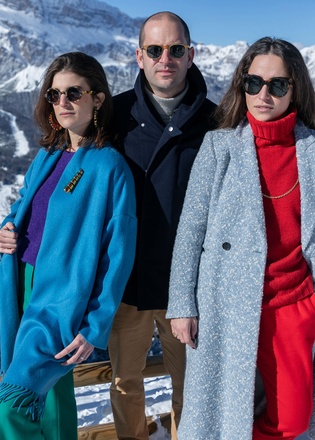 "We’ve always said that Wally was our older brother,” explains Geraldina Bassani, daughter of Luca Bassani, who founded one of Italy’s most innovative yacht builders, Wally, back in 1994. “When Dad had the idea for WallyPower, my brother, sister and I were all with him in Portofino. We took some rope and nails out into the garden and used our little football goals to lay the plans out there and then – that’s what growing up in our family was like.”

Bassani has one of the most well-known surnames in the yachting world – and she’s not alone. Geraldina is now a successful fashion designer and entrepreneur in her own right (she launched her namesake label in 2014) and she’s one of a generation of “superyacht babies”, the children of esteemed yachting and business families who have decided to peel off from the traditional family industry and launch their own ventures.

Take Franco Loro Piana, son of Pier Luigi. His father was a keen yachtsman and owner, and Franco grew up while Loro Piana, the Italian luxury textile brand, was still a family business (today it is owned by LVMH). Father and son went on business trips together, from Mongolia to Australia, to source the finest fleece. This experience helped enormously in Franco’s quest to launch his own brand, Sease, which aims to provide luxury menswear for the modern man’s active lifestyle – from skiing and sailing through to urban events.

Similarly, Sole Ferragamo, granddaughter of the Italian shoemaker Salvatore and daughter of Leonardo, who owns the Nautor’s Swan shipyard, learned business by default. “We were always aware of what was going on,” she says. “Sometimes my father would be on the phone for hours each day, but family time was always sacred.” Now running her own leather jewellery business SO-LE Studio (she calls her pieces “wearable architecture”), she’s been told she’s just like her grandfather. “We only see the good in people,” she laughs. “I never met him but I feel such a strong connection to him because we both love working with our hands.”

While all three have launched very different companies to those they grew up around, their family values form the core of their new ventures. “I can’t pretend my life was difficult,” explains Bassani. “My family has always said that you have to work hard, because there’s always someone out there who has it much harder than you. And also that you have to find your talent, and nurture it.” Ferragamo adds: “My grandmother taught me to delegate, but also to check and understand everything that someone else does for you.”

Coming from well-known families has had its drawbacks too. “I’ve always felt judged at new companies,” Bassani explains. “Luckily a lot of people in the fashion world don’t recognise my name, and I like it that way – I want people to want to work with me because I’m good, not because of anything else.”

“I have a last name that comes with certain expectations,” Loro Piana says. “I grew up knowing that I was going to be part of everything, and suddenly, at 33, the business was sold and I was faced with a blank canvas. I had to find my own identity.”

Defining themselves has been an issue for all three. It can be difficult, they say, to be viewed as an individual, rather than a brand, and to make your own decisions. “I’m lucky that my family gave me the chance to be free and choose who I wanted to be,” Loro Piana admits. “I knew that having a clear vision for the product was how I’d get people to follow me.”

So why was it important for them to launch their own businesses? Partly, they say, it’s a question of ease. “If you can afford to make your own label, most people my age are doing it,” explains Bassani. “It’s quite an egocentric thing to do really.” But when you have a specific idea in mind, launching it yourself might be the only way to realise it. “I couldn’t have done things differently,” Ferragamo admits. “I’ve been selling jewellery on the beach since I was 10 years old.”

With an innate appreciation of what luxury should look like, perhaps it’s not surprising that Geraldina, Sease and SO-LE Studio continue to grow and thrive as brands in their own right – and, of course, a younger generation brings a fresh perspective to business too. “My father is not on Instagram or Facebook,” says Loro Piana. “I feel his generation doesn’t always understand social media – but for me, it’s such a powerful tool.”

“I could never give my father business advice,” adds Ferragamo, “but I could give him some life advice – like switching off his phone sometimes and saying ‘no’ more.”

Different businesses, then, and different approaches to working – but when it comes to taking time off to unwind, one thing never changes. “I love sailing,” Ferragamo enthuses. “I used to race 420s when I was younger.” Loro Piana agrees. “I’d like to create a culture within the company, where sailing is what all employees do,” he says. “It’s the heart of the brand – and, just like my father, I absolutely love it.”