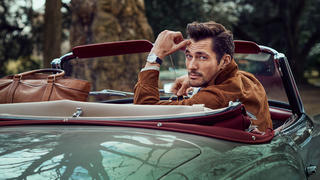 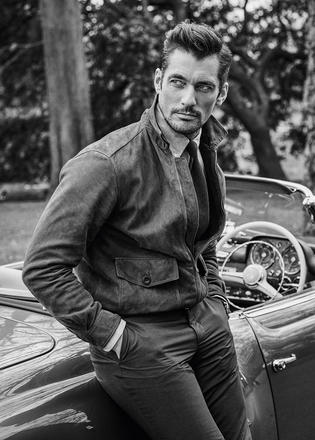 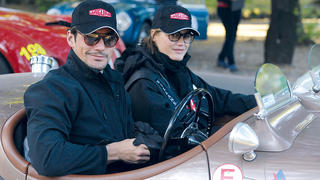 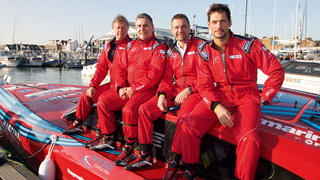 David Gandy shot to fame on a boat. The twinkly-eyed hunk can laugh about the Dolce & Gabbana Light Blue campaign that catapulted him into the limelight in 2006. “It launched me into being the white pant guy,” chuckles the 36-year-old model, sitting at an oak table in his chic London townhouse. “I went from no one in the public knowing me to suddenly 11 million online hits and interviews the next day.”

Mario Testino’s now iconic advert showed Gandy and Marija Vujovic kissing on a raft in the beautiful blue sea around Capri. A 50ft billboard of an athletic and enviably toned Gandy in his teeny white trunks launched him as the male supermodel. Gandy cleverly used this as a springboard. “I’m very proud of being British, being supportive of British industries and British brands. Classic cars, the racing drivers, that’s me. It’s an extension of my personality and the industry has allowed me to go on and follow those passions.” Undoubtedly this makes him the perfect guest editor for Boat International’s speed and style issue.

Ironically, Gandy didn’t even seek out a modelling career. It all came about when his housemate at university secretly entered him into a competition on ITV’s This Morning, which he subsequently won. “When I came into the industry it was the time of the androgynous guy,” says Gandy, who is a fit 6ft 3in. “My agency would say ‘stop working out!’. I said: ‘I’m not one of those guys. I’m not edgy. I am more like the classical looking guys’.” Which, luckily for him, was exactly what Dolce & Gabbana was looking for.

Gandy is proudly obsessed with style. “I’m interested in the way things look, from cars to architecture to fashion. It’s why the best designers like Ralph Lauren have the most immense car collections in the world and that influence goes into his watches and home wear. So do Armani and Dolce & Gabbana. If you have an eye for design you are always going to care what all things look like."

“I’ve always loved suits from when I can remember. My first proper investment, which was even before I worked for Dolce & Gabbana, was when I was about 22. It was a brown velvet tuxedo by Dolce & Gabbana. It is still up in my wardrobe, I refuse to get rid of it.”

He’s shown himself to be a canny businessman who has used his position in the fashion industry to make some investments. He owns a percentage of the London Sock Company and recently purchased shoe brand David Preston. “This year we came up with the idea of an unstructured shoe,” says Gandy. “The calf leather is ridiculously soft and you can squash them and put them in a travel bag yet they are still an Oxford with a monk strap.”

When off-duty he’s a self-confessed adrenalin junkie. He has driven in the Mille Miglia twice, with glamorous fellow models Yasmin Le Bon and Jodie Kidd. He also enjoys powerboating and, in 2015, he was part of the Vector Martini Racing’s iRace Pro Team for the Cowes Torquay Cowes race. He was unable to take part last year, but hopes to rejoin the Vector Martini team to have a go at breaking the cross-Channel record. “I don’t really tell people I’m doing it – Mum, agencies, etc. They say ‘where have you been?’ and I just show them a picture. It’s what makes life a lot more interesting to me really. I love competition.”

Gandy’s true love is cars. “Even before I could read I always had my friend’s grandad’s car magazine and the passion has come from there.” He has renovated a 1960 Mercedes 190 SL, which is on display at Mercedes-Benz World, near London. He has a 1964 Porsche in restoration and a classic Jaguar in development. Having raced classic Jaguars at the Mille Miglia, Gandy is working closely with its new Special Vehicle Operations and classics divisions, and recently helped launch the nine remaining XKSS models in LA.

“I have more of a passion for classics and classic racing than the best new supercars now,” he says. “It’s important to keep historic cars on the road for the next generation to enjoy. With classic cars, you actually have to drive the cars. Modern day machinery can be more like controlling a computer game.” As with fashion, Gandy’s taste is classic, stylish and, when appropriate, reassuringly fast.

Spotted: The Best Pictures of Supermodels on Superyachts