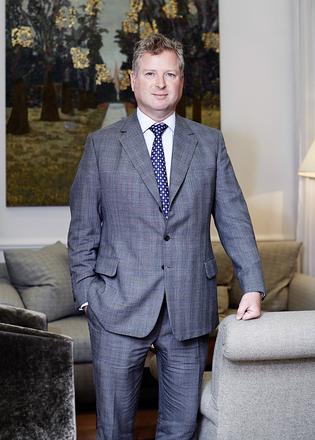 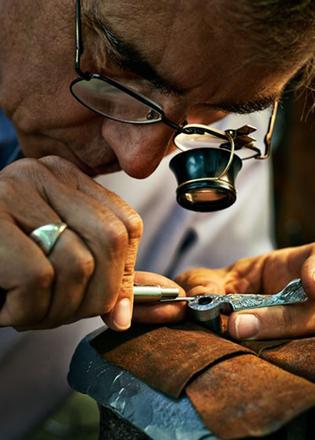 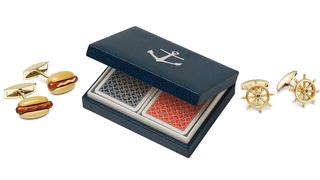 Make your own luxe: William Asprey, founder of William & Son

For William Asprey, the challenge is not just the creation of luxury, but matching it to your onboard life, says Annabel Davidson

As William Asprey points out, if the owner of a beautiful superyacht has invited you to stay onboard, proffering your hosts his ’n’ hers “Captain” and “First Mate” hats – particularly when the actual captain and first mate are just two of several dozen crew – may not be quite what’s needed.

How about, then, a crystal water jug engraved with a drawing of the actual boat? With matching tumblers, perhaps? Or, if you’re feeling particularly generous, a bespoke backgammon set to match the yacht’s interior colour scheme, handcrafted in a leather workshop in London’s East End? These are the sort of clever, customisable luxury items that Asprey’s business William & Son is focused on, along with handcrafted shotguns, serious watches, and everything in between: ice buckets, Wellington boots, fine jewellery, cufflinks in the form of tiny hot dogs…

Founded in 1999 by Asprey (of the famous Asprey family: the original William Asprey founded the first Asprey business in Surrey in the 18th century), William & Son, at the time of writing, is about to move from two separate spaces on London’s Mount Street to a two-storeyed, 800 square metre emporium on Bruton Street, just off Berkeley Square. There, the brand will truly become a one-stop-shop for this very British notion of luxury - and the best bespoke gifts for superyachts.

“Luxury is not buying what everyone else has: it’s having something created especially for you, or for a particular occasion,” says Asprey. “Yes, we’ve got the basics on the shelf next door, which we can then elaborate on by engraving, or stamping with initials or a family crest, but if that’s not what you’re after we’ve got five full time designers who can sit you down and create something entirely for you, from scratch. That’s what real luxury is.”

And while the very notion of luxury can be intimidating to some, William & Son is not a brand for snobs. “Yes, you’ve got to get through the big door and the big security guys,” says Asprey. “But once you’re in we’re quite welcoming. We may have a £700,000 diamond tiara, but we also have gift cards and penknives. It’s not about the cost of the product, it’s providing people with things they want.”

What Asprey himself wants, it turns out, is watches. “I have about 70,” he says, somewhat bashfully. Are they kept in one of the beautiful high-end watchcases his company sells? “They are,” he confirms. “And sometimes I do open it up just to check they’re all OK.”

With such a vast array of timepieces in his own collection (he is sporting a beautiful Laurent Ferrier Galet Traveller in white gold during our interview) and an impressive collection of cufflinks sold in store (about 200 designs and counting), it’s a relief to find out that Asprey takes full advantage of the selection. While he’s not the sort of bloke to festoon his wrist with bracelets picked up on holiday, he has a brilliantly extravagant approach to the accessories he does wear: a watch, a signet ring, a wedding band and cufflinks.

“For formal occasions I like to match everything to my shirt studs,” he says. “If they’re rose gold, the watch and rings must match.” And so he has three versions of both his wedding band and signet ring, in rose, yellow, and white gold. The yellow gold signet ring he inherited from his father (sporting a falcon in bloodstone) but the other versions he had made especially, as he did his wedding bands. “I wear my wedding band behind the signet ring on my little finger,” he points out. “I didn’t want to wear two rings side by side. The Prince of Wales does the same thing!”

For holidays in South Africa, he wears a Graham Sahara (“a big, rugged adventure watch, ideal for the purpose”) and for boating he sticks to watches with a rubber strap – a Breguet perhaps, although he cites relatively new brand Breva as being “right up a yacht-goer’s street”.

And while Asprey isn’t a boat-owner, he reels off an impressive checklist of places around the world he has been on yachts – from Corsica to Sag Harbor on the East Coast of the US. “My daughter said to a friend of ours, ‘I’d love to have my own boat’ and he said, ‘Trust me, you don’t. You just want to have friends with boats,’” Asprey quips. “It’s a wonderful way to do things. You can decide the weather’s not good, so you’re going to move. You don’t have to pack and unpack. It’s a bit like being in a floating hotel. Invariably these people have wonderful chefs, lots of staff, and you can decide what you want to happen that day, and it happens.”

For now, though, Asprey is sticking to his homes in Chelsea and Berkshire, where he spends most weekends with his wife and children. In Berkshire he drives a Range Rover, of course, but doesn’t drive a car in London. Taxis, then? A private car with driver? “If I don’t walk to work through the park, I drive a 50cc Vespa,” he says, surprisingly. “Fifteen minutes door to door. I’ve been knocked off twice. But it’s a great way to get about.”

So next time you spot a very well-dressed man snaking past you on his Vespa as you sit in traffic in West London, check to see if his cufflinks match his signet ring. If they do, you’ll know exactly who it is.

Annabel Davidson is the editor of Vanity Fair on Jewellery.