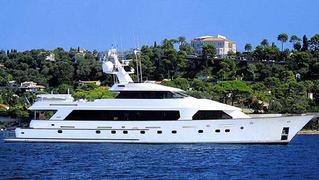 As predicted here on July 20th, yesterday's auction of the 38.2m motor yacht Emerald Isle proved to be a flop, with the highest bid coming in at only $2 million.

The location may have had something to do with it, as Destin, Florida, is hardly the hub of the yachting universe but the result will give some satisfaction to those brokers who dislike the whole concept of superyacht auctions.

Still, there was a lot of boat on offer. Emerald Isle was built to ABS class in 1992 by Christensen and had a major refit in 2009. She accommodates eight guests in a master, VIP and two double cabins.