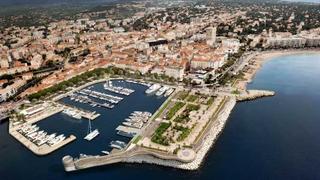 Robert Inwards at Inwards Marine tells us the company has been appointed as the central agent to market 17 new superyacht berths on the Côte d’Azur.

They range from 25m to 45m in length, have unusually long leases (25 years from delivery) and prices range from just over €1 million to €4.5 million.

The berths will be available in December 2013 and with the scarcity of such facilities in the Côte d’Azur, they are likely to be snapped up quickly.