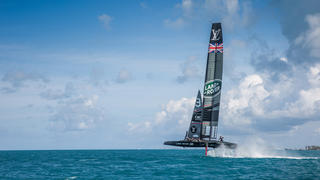 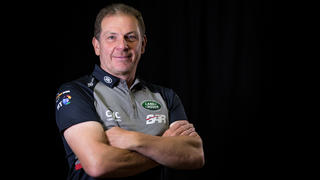 The Louis Vuitton America’s Cup Qualifiers are under way from the end of May, and hopefully many of you will be watching the racing on television, or perhaps you live here in Bermuda. I thought I’d try to provide some insight into the action by looking at a couple of critical pre-race choices that will go a long way towards deciding who wins and who loses the America’s Cup.

We start any race day with one of the biggest decisions of all: picking the right foils, the daggerboards that we will use for the racing. The quality of the weather forecast we use to decide this is a major factor on race day. It’s really not an easy place to forecast, and getting it right or wrong will have a big impact in terms of our selection and configuration of foils. We’ve got to be able to cover a range of conditions in any one day. Most likely we will have up to three races a day, so we have to pick the right gear to cover a long period of potential racing.

The difficulty is compounded because Bermuda is such a variable racecourse that forecasting is much harder than at many other venues. This is partly because of the topography of the island and the Great Sound — wind coming from pretty much every direction blows over the land, which makes it shiftier and puffier. And it’s partly because we are in the middle of the Atlantic and have more weather systems coming through than most places do.

If we don’t get it right, our race day could be over before it’s even started. No one wants to go into a gunfight carrying a knife, so we’ve invested a great deal in making sure the team has the right tools for the job. Our weather forecast comes from Jess Sweeney, our chief meteorologist, backed up by Walter Zwieflhofer, our weather modeller.

Jess and Walter will analyse different weather models: these start as global models and they run local versions to “downscale” and give us better detail. We’ve built some tools to map the predictions against the conditions so we can verify the performance of each model in real time. We’ve been here in Bermuda for six months so we’ve had the opportunity to tune the models to the local conditions.

The island’s weather service has several observation stations that we use for this comparison, including one offshore at Crescent Reef and others at the airport. The America’s Cup Event Authority has also placed one for everyone’s use on Pearl Island, a rock on the racecourse.

The forecast is just part of the picture though; a lot of the testing that we’ve been doing since we got here has been targeted at knowing which configuration of daggerboards and rudders suits which wind conditions. We’ll need the right answer to both parts of the puzzle.

The next pre-race decision is crew selection. If we’ve got a very light wind forecast then potentially we may use a lighter crew for those specific conditions. Our training and preparation has taken that into account, with some of the sailors set up to be as powerful as possible for as little weight as possible. Whether or not to use them will be part of the decision making before we leave the dock.

We’ll have help with all these decisions from the rest of the team, not just the weather experts, and the design team will have input on the risk/reward ratio of any given decision. But, of course, once we get out on the water, our sailing team will be on its own.