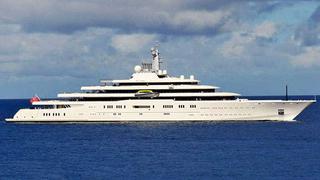 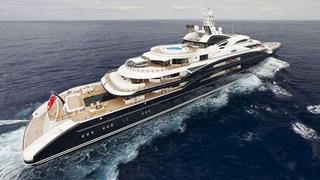 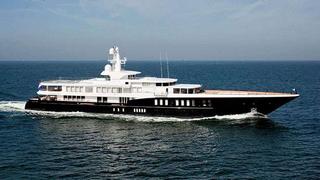 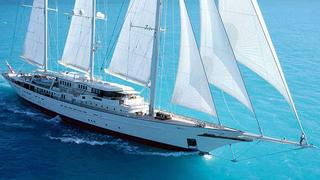 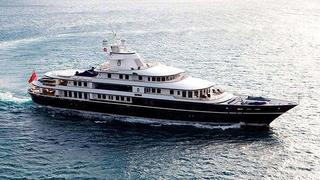 Charter one of the worlds Top 100 Largest Yachts

Sometimes size does matter and with that in mind Boat International magazine has launched its Top 100 Largest Yachts.

The very first Top 100 was launched in 1990 when the smallest superyacht, named Paraiso, came in at a mere 44.83 metres, this years No. 100 is almost double her size, measuring 73.69 metres. This expertly demonstrates how far the superyacht industry has come in the past 23 years.

Although the number of superyachts sold in the past few years has been on a decline, with the overall market being down by 20 percent for 2012 (Boat International Media stats) according to Ocean Independence, the charter market for them saw a sizable increase from 2011

As the charter industry continues to grow, so does the amount (and size) of yachts on offer. With more and more people deciding to charter, superyachts need to offer something extra. Today, these yachts come with helipads, numerous swimming pools and even comprehensive spas incorporating Hammams onboard as standard, however the new fads such as a snow room or even a climbing wall are now cropping up.

A superyacht charter has never been so exciting.

Once again, Roman Abramovichs Eclipse has been awarded the title of the worlds largest yacht, measuring 162.5m; SuperyachtsMonaco brought her to the charter market in February 2011.

With three helipads, the largest swimming pool to grace any yacht, which doubles up as a dance floor (the pool floor can be raised) and enough staterooms (18 luxury suites to be exact) to accommodate 36 people  chartering Eclipse would be a surreal experience.

Number nine on the Top 100 is Serene, she was awarded top spot at the World Superyacht Awards back in 2012. This sleek superyacht, measuring 133.9metres is available for charter in the Mediterranean. Serene boasts twelve staterooms, a helipad, hot and cold Jacuzzi, a wet bar, two further bars, a bandstand and dance floor on the aft deck, two swimming pools and numerous dining areas including a barbeque area and even a teppanyaki grill. Serene was built in an Italian shipyard for a Russian owner whose identity is still regarded as top secret. She was launched in 2010 and remains the largest yacht to ever come out of an Italian shipyard.

Serene is brought to the charter marker by Y.CO and is available for 3,750,000 per week (starting price).

Air, marketed by International Yacht Register ranks at number 65 measuring 81 metres. She can accommodate up to 12 guests in seven staterooms and each guest will be thoroughly entertained by her array of toys, swimming pool, Jacuzzi and ample space for the all important sun bathing by day or star-gazing by nightfall, and for when guests tire, there is always the massage and steam rooms to recuperate.

Air is available for charter in the Caribbean by winter and the Mediterranean by summer. Starting price 750,000 per week

Grand Athenas vital stats secure her the position of 73 on the Worlds top 100. She measures 79.24m, and dwarfs most other yachts. In-fact she could probably outrun most too  she can reach speeds of up to 19knots.

Her classic sailing yacht-features reflect that of the days gone by; her grand sails, library and wood-panelled king stateroom are quite honestly the epitome of the retro style typical of the 1930s.

Athena carries onboard numerous water toys including diving equipment, all of which can easily satisfy the demands of groups up to 10 in five cabins.

Leander G sneaks in at position 97, measuring 74.65m. She is often described as one of the most beautiful yachts available on the market and is a real head-turner whenever she arrives in port.

Following the decommissioning of the Royal Yacht Britannia, members of the British Royal Family have often chartered her; in particular Prince Charles famously chartered Leander in the Caribbean in a bid to reduce his carbon footprint and Queen Elizabeth II used her during the Jubilee celebrations of 2012.

Her owner, Sir Donald Gosling has a very interesting history too, after the war ended, where he was enlisted in the Royal Navy, he made his fortune developing car parks on London bombsites in the late 40s.

Leander G can comfortably accommodate 12 guests in 10 cabins and her array of toys and amenities means that guests always have something to keep them occupied.

Leander is marketed by Peter Insulls and can be chartered from US$490,000 per week both in the Caribbean and the Mediterranean.