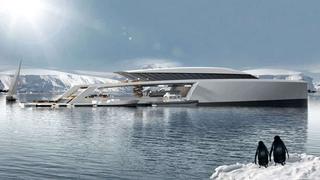 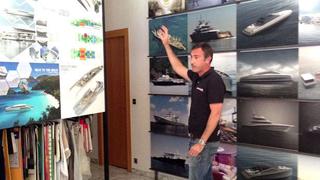 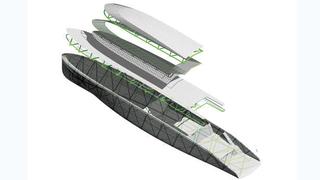 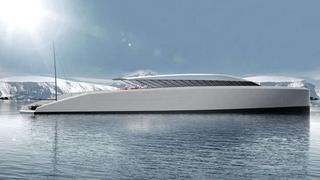 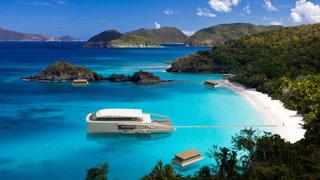 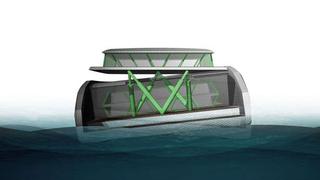 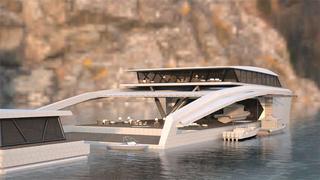 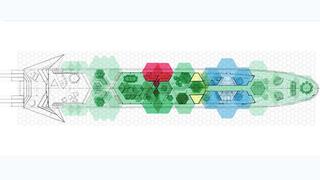 Over the whir of engines at the 2014 F1 Monaco Grand Prix, Pastrovich Studio unleashed its own buzz with the introduction of a new design ethos and two innovative and forward-thinking superyacht concepts  a 77 metre and 90 metre. Pastrovich Studio is no stranger to out-there designs, this being the company responsible for part of groundbreaking WallyPower range, but its latest concepts have thrown shade on even this innovative series.

Instead of sticking to a trademark style that defines the designer or design house, Pastrovich Studios designers have instead put pen to paper on yachts that appeal to an owners personality  be it sporty, classic, adventurous or a combination of all three.This has resulted in four new classes of boat: Freeride, featuring sleek day cruisers; Dressage, elegant, multi-deck superyachts; Backpacker, world-roaming explorer yachts; and Parkour, which brings together aspects of all three, and is the first to have full designs presented.

The design studio has imagined owner profiles for each of these yacht classes. Pastrovich describes the Freeride Class as being a state of mind; constantly living beyond the limits with a large dose of adrenaline coursing through your veins. Freeride owners like barrelling through the waves at breakneck speeds, making tight turns and hearing the roar of the engines. These high-performance vessels are identifiable by their speed, sportiness and excellent handling. Elegance defines the Dressage Class and her owner. Extreme attention to detail is standard on the Dressage vessel, which stands out with sumptuous and luxurious interiors. The Backpacker Class is designed with world-roaming capabilities and has a comfortable interior from which to survey the scene after a day of adventure.

Finally, there is the avant-garde Parkour Class, named after the streetwise sport of freestyle jumping sport, actually derived from military obstacle training. The underground sport consists of adapting the body to the surrounding environs, and aiming for greatest efficiency in possible movements. In this vein, the Parkour superyacht designs aim to overcome obstacles and achieve the greatest efficiency possible, often adapting to the surrounding environment.

Stefano Pastrovich says the inspiration for the Parkour yachts comes from nature, the beehive to be exact. It is one of the most efficient structures, offering maximum strength with minimum material. This beehive, or hexagonal shape, is the basis of the range  both structurally and in terms of layout. On the first concept, 90 metre X-Kid Stuff, the structure is built along a series of hexagons instead of traditional transverse and longitudinal beams. Inside is an open space with hexagonal units that can be shifted and moved around to result in a variety of layouts.

The yacht itself is designed to be as versatile as possible, and to seamlessly blend luxury and versatility. In her closed mode she is sleek and ultra-modern; when opened, the hangar reveals storage for tenders up to 15 metres, toys and Jet Skis, and the space is also an essential area for life on board, where indoors and outdoors are one.

The next concept, 77 metre XR-Evolution, takes this transformer idea one step further. The yacht is designed to serve as a mothership to a series of separate deployable vessels. Each of these floating bungalows, as Pastrovich calls them, can be used for a unique purpose  hosting a swimming pool, garden, helipad, artificial beach or perhaps really just a lounge bungalow. When the mothership arrives at the harbour, the self-powered bungalows can float away to their own corner for privacy. Pastrovich also posits the 77m could serve as a basis for a new resort concept, with the mothership acting as the main hotel and the bungalow units serving individual customers to enjoy privacy in a picturesque bay.

The 77m features a multihull design for added stability and her beam is a third of her length. But most notably, the XR-Evolution is designed to stay completely flat in rough seas thanks to self-stabilising technology adopted from that found on offshore oil rigs and vessels. A system comprising a self-stabilising hexapod with six hydraulic cylinders would compensate for pitch and roll, keeping the upper deck flat. This would be complemented by a secondary gyroscope-based system in the remainder of the vessel, further reducing roll.

This stability solution was borne from owner complaints of seasickness on board, and other design elements incorporated into the two concepts are borne from the irritations of yacht owners. Each problem has been broken down and a design has emerged, including yachts that load tenders from both sides, lightweight construction in carbon fibre to minimise draught so owners can creep into bays, and a huge inflatable passarelle that links beach to boat.

The studio is looking for an owner to build this outside-the-box design and Stefano Pastrovich is convinced theres a market. The pioneer age has been overshadowed by the money age, where some are more interested in making the sale than by challenging themselves, he says. I like to challenge myself and I like people who challenge themselves. I am sure there are still plenty of [owners] like that. My message is: lets go!