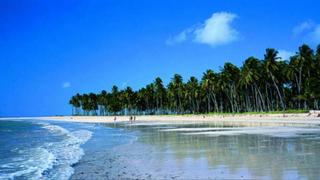 Without question, a good yacht agent can save captains and owners headaches  and a bad one will cause them.

The agent will line up all the local authorities on the dock to complete necessary clearances and onerous government paperwork, including visas and sponsor letters, and provide compliance guidance with ever-changing pilot age and discharge regulations.

Unlike a yacht management or technical support company, yacht agents are the go-to source for itinerary planning and berthing solutions, and often can offer substantial discounts on something they buy in bulk, like fuel. Whatever you need  be it a helicopter rental, banking transactions or freight handling  they can help.

With the allure of worldwide cruising and the speed at which superyacht owners desire to lap the oceans, globe-trotting superyachts really cant avoid using a cruising agent, although some find it a frustrating prospect, mainly due to a lack of transparency in the billing process.

According to BWA Yachting  a well-known, reputable agent with offices supporting 275 ports around the world  fees, generally speaking, are normally applied as a lump sum, price per hour or price per task carried out.

In the past, agents would often calculate a fee based on a percentage of the total bill, but with figures being so high (cost of fuel, berthing, etc.), this method is not longer as practical, says Anne Spyropoulos, communications manager for BWA Yachting.

In the US and the Caribbean, the tendency seems to be a fee per hour, she says while in Europe it seems to go more towards a lump sum figure based on a size of boat and time spent in a location, or the fee-per-task formula she says.

In Asia, Captain Cillian Budarlaigh of Indo Yacht Support in Bali, Indonesia, says, many local harbour agencies typically deal with fishing and commercial vessels, and their high fees and low service reflect that. Similar problems exist in South America, which is not known to be very yacht-friendly, even near ports of superyacht builders.

The lack of transparency in south-east Asia rubs Captain Tim Forderer the wrong way. Nevertheless, he went with it during his three-year circumnavigation of the sailing yacht Vivid. Fighting the system, he says, is like swimming upstream.

As a captain, you balance what is going on with local culture, but you should not be taken advantage of while looking after the owner and best needs of the boat, says Forderer. You need to trust the agent when he says to pay some guy, whether he is a vendor or a government official, $100 in cash.

Forderer became jaded after spending five months in India and Indonesia, where tips are commonplace. He witnessed countless scams between taxi drivers and street vendors. On one dark night, Forderer handed a big stack of cash with a can of Coca-Cola to a small boat with no running lights to obtain fuel.

The only way to get fuel in Flores [Indonesia] is after dark so that the navy doesnt see says Forderer. Cash is exchanged to pay everyone off. Its all part of the experience. You accept it.

What is involved in a Lloyd's class survey Leander's story