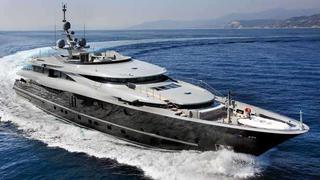 Shortly after their establishment in October 1945, the United Nations (UN) recognised the need for international coordination of all actions aimed at maintaining and improving safety in maritime operations. To this end, the UN held a conference in 1948 that gave birth to the International Maritime Organisation (IMO): the first ever international body devoted exclusively to maritime matters.

Unsurprisingly, given the safety concerns that gave rise to its formation, the first convention promoted by IMO in 1960 was the International Convention on Safety of Life at Sea (SOLAS). Amended in 1974 to achieve greater effectiveness, SOLAS is generally regarded as the most important of all international treaties concerning the safety of merchant ships.

During the 1980s, following the hijacking of the cruise liner, Achille Lauro in 1985, IMO adopted specific resolutions aiming to establish measures to prevent unlawful acts which threaten the safety of ships and the security of passengers.

In the wake of the 9/11 terrorist attack in 2001, a number of issues were raised by IMO to improve the awareness of the maritime industry and its security against terrorism. Ships were not excluded from being an objective of, or a means to enable, terrorist attacks or other unlawful acts against the safety of life, property and the environment.

In December 2002 the SOLAS conference adopted a new set of amendments aimed at enhancing maritime security on ships and at ship/port interface areas. These measures are contained in SOLAS Chapter-XI-2 and the International Ship and Port Facility Security Code (ISPS Code).

These regulatory instruments enforce the adoption of well-formed security systems in sea logistics – a fundamental part of many supply chains – involving security assessments, drawing up and adoption of security plans, and the training and testing of personnel through drills and simulations.

Over the last five years piracy has become the most serious threat for the maritime industry, with an ever-growing number of highly equipped and organised groups operating in specific geographical areas.

The ISPS Code is not a panacea for all security related threats. Sometimes the only safe option is to avoid particularly dangerous areas or cross them only under military escort. Nevertheless eight years after its entry into force, the Code is still considered a fundamental step in an effective response to modern security threats to the shipping industry: criminality, piracy and terrorism.

Special consideration is to be given to the Ship Security and Alert System (SSAS). A SSAS initiates and continually transmits a ship-to-shore security alert to a competent authority designated by the administration until it’s deactivated or reset, without raising any alarms on the ship.

SSAS can be activated from the navigation bridge and in at least one other secret location.

Administrations or contracting governments receiving a ship security alert shall immediately notify the state(s) in the vicinity of which the ship is operating (if appropriate) and the ship’s flag administration.