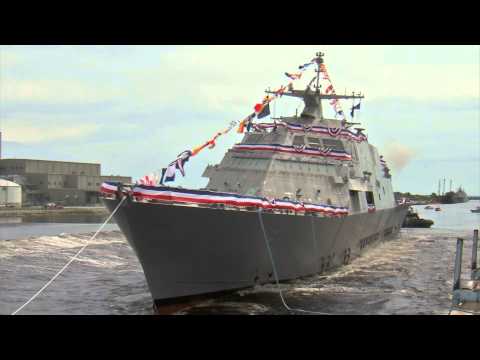 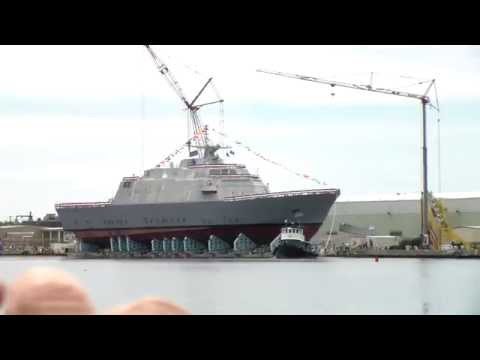 Watching a superyacht gracefully meet the water during her launch is often wow-worthy, but nothing beats this jaw-dropping side launch video of naval vessel USS Little Rock.

Unlike a superyacht, which is launched aft-first or lowered down gently via a lift, the robust warship makes a huge splash as she slaps down into the water on her starboard side, launching and righting herself in less than 10 seconds, as the video below shows.

The 115 metre ship was launched by a team led by global security and aerospace company Lockheed Martin, splashing into the Menominee River at the Marinette Marine Corporation (MMC) shipyard in Marinette, Wisconsin. MMC is owned by Italy's Fincantieri SpA, which is the largest shipbuilder in the Western Hemisphere and the fourth largest in the world. The Italian company is also a superyacht builder, known for building some of the largest yachts in the world, including 133.9 metre Serene and 140 metre Ocean Victory, launched in 2014.

USS Little Rock is the United States’ ninth littoral combat ship and will be delivered to the Navy later this year after outfitting and testing. She is designed for high-priority missions – from anti-surface to anti-submarine warfare – and is suited for shallow water operations in Asia-Pacific waters.

The second video above gives a bystander's view of USS Little Rock's launch, shot across the water from the shipyard. You can hear the jubilant reactions from the crowd to the wild launch technique as onlookers cheer and exclaim “oh my gosh!” and a child's voice is heard saying, “that’s the biggest wave ever!”