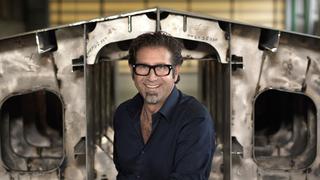 Admiral Tecnomar to benefit from consolidation

Focused on building and refitting superyachts and constructing high-tech ships, it employs more than 200 people (55 in Admiral Tecnomar and 146 in NCA), its premises cover more than 100,000m2 and it boasts a wealth of technical skills and knowledge drawn from the experience of its workforces.

‘I’d been thinking over a move like this for some time,’ says Giovanni Costantino (above), president of the Italian Sea Group. ‘We really needed more space and an outlet to the sea. We also tried with Baglietto at first, then this presented itself, and after six months’ work we saw it was an opportunity we couldn’t miss.’

The group is headed by Admiral Tecnomar for the construction of luxury motor and sailing yachts, with NCA for highly technical shipbuilding, engineering and also for refit.

There is also a plan to invest €10 million using the NCA marina basin for the construction of nine superyachts that have already been commissioned. The group will remain open to the military sector, ensuring a flow of diverse activities to stave off the worst effects of the economic crisis. This strategy seems to have worked, as turnover has remained stable at about €25 million and profits have risen.

‘Our initial plans involve building a sinkable barge and a tug, which we feel is necessary to handle new superyacht construction and refit of superyachts up to 90m. The NCA production site has also been given a thorough makeover,’ says Costantino.

‘After the site has been cleaned up, the old sheds demolished and the best of what remains has been restored – such as the 250m dry dock – we will build new structures suitable for superyacht building and up to welcoming high-level clients.’