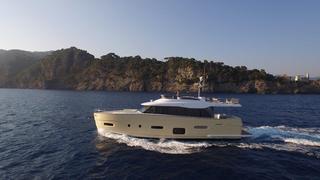 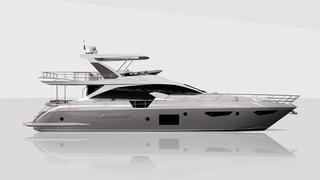 Azimut Benetti Group has revealed plans for new investment aimed at increased innovation with a focus on improving comfort and performance of its luxury yachts. The news came as Azimut Benetti Group announced a strong year in which they've sold 18 yachts – five of which were more than 50 metres LOA – and has delivered 17 yachts this year, six that are bigger than 50 metres.

The Italian yacht builder also reported that they have 50 yachts in build, and 16 of these of these are more than 50 metres and, notably, four are more than 90 metres.

Part of the new investment will allow Azimut to extend the use of carbon fibre, reducing weight by as much as 30 per cent in the newest Azimut Fly 72 yachts. The focus isn't merely on weight reduction, however, as the builder points out that they are "using this material of the future to bring customers advantages" such as reducing fuel consumption and increasing speed.

The new investment will also fuel further research into finding the best combination between hulls and propulsion units. To date, this research has seen reduced fuel consumption, improved performance and maximised space in the Azimut 55S and 77S thanks to the use of triple IPS drives. It’s also contributed to the second generation of Dual mode – Double Chine hulls, used on the Magellano 66, which provides better comfort at different speeds and decreases fuel consumption at lower speed.

The research also benefits Benetti yachts, too: the extensive use of carbon fibre for superstructures, hardtops and rollbars has significantly reduced the weight of Benetti superyachts. The new Benetti Vivace 125 also profits from the combination of the new Benetti fast displacement hull and Azipod propulsion system. Benetti also hinted at plans for a new semi-custom range between 50 and 70 metres.

At the press conference, Azimut Benetti Group disclosed that the increase in sales has been driven by a growth in the market in the Middle East, which compensates for the dip in the Chinese market. An increase in orders from Latin America was also celebrated, with Brazilian orders remaining strong despite devaluation in the local currency.

Benetti also said that Russian market is, "still there for us" with a reported 18 per cent of its business coming from this region.