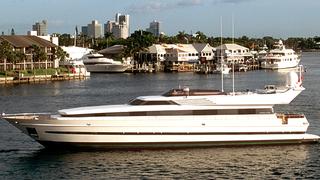 Peter Insull's Yacht Marketing and Ardell Yachts in Florida have announced that they have been appointed joint Central Agents for Longo Mai, a 35 metre (114ft) Cantiere di Pisa motor yacht.

Longo Mai was contracted by Peter Insull's and built by one of Italy's oldest established family shipyards. She is now offered for sale for the first time since her delivery to her original owner.

Now offered for sale for the first time since new, Longo Mai is US duty paid, and lying in Florida. Her asking price is set at US$2,000,000.