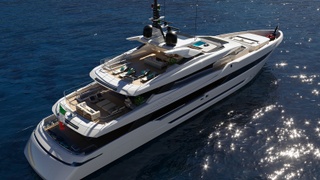 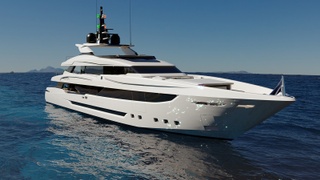 Available in 43 metre, 50 metre and 63 metre versions, the Classic line has been designed to be “a revisited version of the distinctive style of the history of Mondomarine,” the yard said.

Speaking about the 499 GT Classic 50, the studio said it had taken inspiration from the 60 metre Sarastar, which was delivered by Mondomarine in 2017, to create a “modern classic.”

“Our target was an evolution but without distorting the original design of that boat characterised by a sporty and elegant footprint with a combination of corners and curves,” Dini said.

Accommodation is for a total of 10 guests in four lower deck guest cabins and the owner’s cabin, which sits on the main deck with two private balconies. The crew accommodation meanwhile is large enough to house a staff of 10.