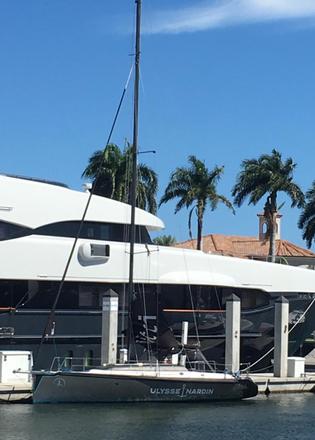 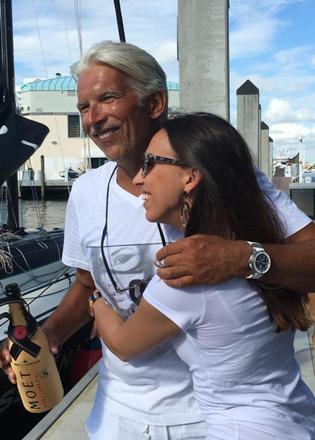 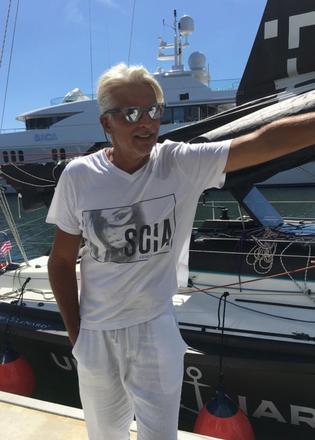 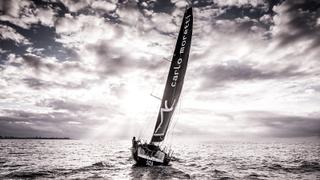 After leaving Cadiz on January 20 in his 10 metre "repurposed" sailing yacht Scia, Lenard sailed into Fort Lauderdale on Sunday, March 3 after spending a total of 43 days at sea.

He originally intended to end the 4,800 nautical mile journey to coincide with the Miami Yacht Show, which ended on Monday, February 18. However, he was significantly delayed after suffering continuously weak winds of only two to five knots. This forced Lenard to make an emergency pit stop in Antigua and re-provision after suffering a "great loss of weight".

After a few hours rest in Falmouth Harbour, Lenard departed Antigua on February 22 for the final stretch and arrived safely into Fort Lauderdale on March 3 to an intimate welcoming committee.

His girlfriend and Vela Code PR manager Angela Cirovic, Robert Moran and Kevin Callaghan of Moran Yacht & Ship and Boat International were all on hand to welcome Lenard, who was promptly handed a bottle of celebratory Moet champagne.

Following his arrival, Lenard reflected on the most challenging parts of the trip, which included leaving Antigua after his brief pit stop and sailing around the island of North Bimini, which saw a noticeable pick-up in boat traffic.

"Leaving Antigua was really tough and started the hardest part," he told Boat International. "During the passage between Puerto Rico and Dominica, I got [the wind] in the face. And yesterday, going around North Bimini - you don't know where you are and you don't know what the depth is."

Lenard undertook the journey without the help of GPS, autopilot or engine and navigated the Atlantic Ocean entirely by “sight, stars and sun”. To make matters worse, Lenard lost his phone over the side as he passed through the Bahamas.

Lenard also had to deal with continuous sleep deprivation. In the final three days of the crossing, he survived on three hours alone. Treacherous conditions around San Salvador Island, the Berry Islands and Freeport made it impossible to sleep for any longer, he said.

Intense hunger also dogged him as the trip drew to a close. Lenard revealed that his last meal before his breakfast of eggs, bagels and bacon in Fort Lauderdale had been a can of "Spanish ravioli with meat." "I ate it like Mad Max with a spoon out the can, holding the rudder with my knees," he said.

He also faced numerous difficulties sailing the 10 metre boat single-handed. On one occasion, Lenard was forced to tie himself to the boat and dive into the ocean after his gennaker became entangled in the keel. "The Atlantic is damned cold," he said.

He was often forced to plan "20 hours ahead", knowing that no-one was on board to help him. "Sailing is the fun part of this trip", Lenard said. "The hard part is being all by yourself. Nobody is there holding the rudder so you have to plan the whole day. I learnt to put my stuff out for the whole day and night. Sometimes at 10 o'clock in the morning, I put the lights on [for the evening] knowing that I cannot go inside to get a light because it's choppy."

Lenard began the La Vite e Vela mission to prompt “action for trash-free seas and oceans" and the crossing proved a sobering experience, with much plastic encountered throughout the trip.

Overall however, Lenard said the challenge was an extremely cathartic experience. "You get rid of so many thoughts that are heavy on your mind," he said. "You have so much time to clean that stuff out."

The Mission and Scia

Lenard began the non-profit solo transatlantic expedition La Vite e Vela in the hope of raising awareness of the worsening state of the world’s oceans. The journey was completed in Scia, an “ecologically superior modern sailboat”, which Lenard described as a “puzzle.”

Scia, meaning "wake", was constructed from the discarded parts of five different performance yachts. The carbon fibre hull and deck were built a decade ago for different projects, while the rudder, keel and mast have also been sourced from abandoned new-builds. Only the deck house has been freshly built for the project.

“The boat is completely repurposed and that’s a very important message,” Lenard previously told Boat International. “This challenge is about conservation so it would have been pointless to build a new boat.”