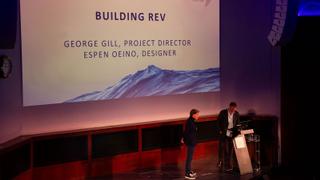 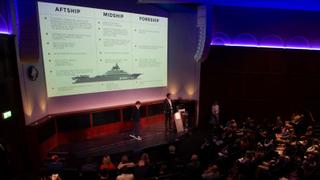 Vard’s recording-breaking 182 metre extreme build REV has been a pioneer in combining the superyacht industry with ocean conservation. With the build starting in February this year and a delivery date set for 2020, she will feature a moon pool, lecture auditorium, multiple laboratories, a trawling system, on board plastic incinerator and enough berths for up to 36 guests. Initially designed as a 140 metre vessel, the plans surrounding the project continue to grow. “It started as a much smaller vessel,” said designer Espen Oeino. “It was more of a yacht than a research vessel, a yacht with research facilities…it evolved.”

It has now expanded to become REV Ocean, a three-pronged strategy for ocean research and conservation. As well as the REV research vessel, there are plans for ocean research company Rosellinis Four-10 to expand the project, including a campus in Oslo that will be a physical twin of the ship, offering facilities for scientists, researchers, engineers, programmers and filmmakers to co-ordinate, collaborate and come up with solutions for protecting and preserving the oceans.

“The third part of the strategy is to have a World Ocean Data Centre,” said project director George Gill. “A lot of the data that comes off research vessels goes to local archives and data centres so it’s hard for people to track down. We’d like to put together a data centre that’s open for everyone and all the data that we can collect – and others who would be happy to store with us – would be available for the greater good.”

More light was also shed on REV’s state-of-the-art complete pelagic trawl winch system, which is controlled by a Seaonics autotrawl system, would be operational up to a depth of 3,000 metres and use a DEEP Vision system. This technology can identify fish species and then feed them back through a 7.5 m3 vacuum system to the on board labs for study. Additionally, the vessel will boast a sophisticated stability system that allows it to stay in position without the need to drop anchor, a 20 ton active heave compensated crane with an operational depth of >6,000 metres and a launch and recovery system for submarines and smaller vessels.

“A few years ago, the owner got rid of all the patents on things that his companies had invented because his philosophy is that patents can actually hold up technology,” said Gill. “If you open up technology and say, ‘This is what we’ve done’, and someone takes it and improves it, that can only be a good thing. The policy with REV is to carry on that open source transparency to allow everyone to move technology forward so we can go from understanding to solutions.”

REV will be available for charter, with individuals who share the values of the owner asked to make a donation towards expeditions. Additionally, charters will be dependent on where in the world REV is situated rather than cruising to meet charterers. “The ship is designed to operate autonomously for over 100 days consecutively and the idea is that it will be available for missions for over 10 months a year,” said Oeino. “This will be funded by the owner.”