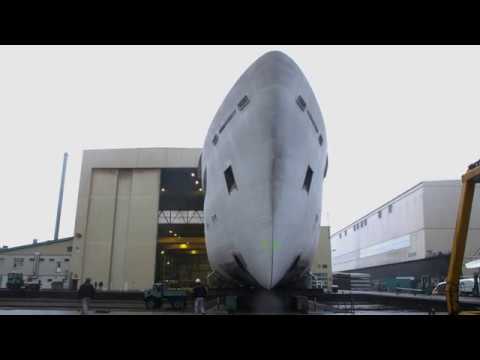 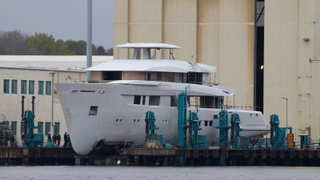 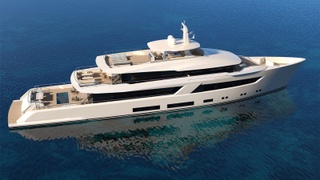 German yard Lürssen has given a construction update on the 55.5 metre in-build yacht Project 13800.

Currently under construction at the yard’s Rendsburg facility, the yacht was spotted in April as it was moved into the water for some tests.

The yacht has now been moved into the outfitting hall where it will remain for the rest of the construction period. Delivery is scheduled for 2021.

The yacht was developed through “several design iterations”, according to Lürssen, and now “displays her own strong identity” while “boasting the very real heritage of a Lürssen/ Bannenberg predecessor”.

Key interior features include a “fearless use of colours and textures” alongside “museum quality furniture pieces”. There is “tremendous attention to detail” throughout, the yard added.

Owners’ representative James Hutchinson said: “It has been great to see how project 13800 has evolved over the last two years and see it now come to life. The technical launch marked a big milestone for the project and makes me proud to be closely involved in the first Lürssen to be built in this size range for many years.”

Known for building the largest yachts in the world, Lürssen said the yacht is “the first step” in re-establishing the yard in the 55-75 metre size bracket.