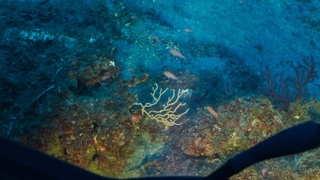 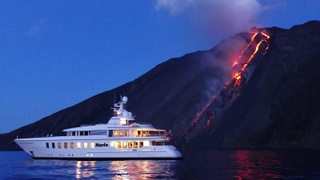 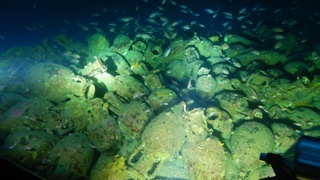 Rare Coral Found in Expedition On Board 44.65 Metre Feadship Harle

A series of submersible dives deployed from the 44.65 metre Feadship superyacht Harle have resulted in a number of major historical and scientific discoveries.

The expedition, which was organised by Cookson Adventures and a number of Europe’s leading marine scientists, saw the submersible deployed in the Gulf of Naples and the Tyrrhenian Sea.

One major discovery was the existence of untouched Coralium ruburn populations. The rare red coral was found beneath the natural underwater cliff face of Sant’Angelo, 200 metres down.

The red coral, which was historically pillaged for use in jewellery, was found to be high density, centuries old and in close proximity to healthy schools of sardines, anchovies and bogues.

Elsewhere, a rare species of black coral was discovered in various locations off the coast of Sicily. Although this type of coral can be found around the world, it is typically more evident in tropical areas.

The mission also saw a number of historical discoveries, including a Roman shipwreck and its spilled amphora cargo off the coast of Capri. It was the first manned submersible dive on the wreck.

Accompanied by volcanologists from the National Institute of Geophysics and Volcanology, the expedition uncovered evidence of new volcanic activity related to the small island of Stromboli, which last erupted this summer.

Elsewhere, there was the worrying scientific discovery of an “unprecedented” growth in algae caused by the rise of sea temperatures.

Marine Ecologist at Stazione Zoologica Anton Dohrn Dr. Nuria Teixido said: “These deeper dives offer a glimpse into how Mediterranean communities were in the past and provide a reference point for the future for conservation and scientific purposes.”