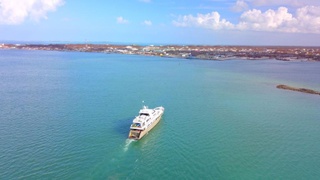 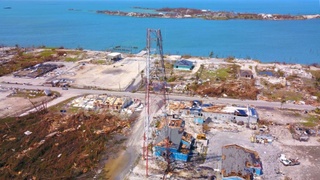 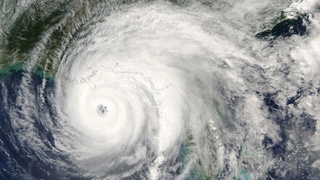 Superyachts are setting sail for the Bahamas to help with the relief effort in the wake of Hurricane Dorian.

Crews are calling for donations as they continue to help divert yachts to the most affected areas and help local communities recover after the Category 5 hurricane hit the area on September 1.

A number of superyachts have pledged to assist Operation Topaz, the relief effort set up by YachtAid Global in collaboration with CBS Bahamas, Sol Relief, World Hope International and NEMA.

The 47.24 metre Christensen superyacht Loon, the flagship of the relief operation, made the nine-hour trip north from its slip in Atlantic Marina, Nassau, to Marsh Harbour. The yacht was loaded with disaster relief volunteers, critical aid and is prepared to pump up to 300 gallons of fresh water an hour ashore.

A statement from the superyacht said it had been “lucky” to experience “only moderate winds and lots of rain” in Nassau.

Loon is accompanied by a supporting cargo ship loaded with supplies, from amphibious vehicles and drones, to water, food, fuel and medical kits. Upon arrival, disaster and rescue teams were deployed while crew ran the tenders to Hope Town to stage some of initial supplies.

A team were able to clear the approach to the pier at Marsh Harbor, so that Loon could offload the supplies and thousands of gallons of water from its onboard desalination plant.

Joining Loon are motor yachts Turquoise, Hospitality, and Perla, among others, who are headed to the Abaco Islands from Florida with supplies.

"We have several large superyachts engaged and loading with aid cargo at Florida and Nassau, soon to follow with targeted and specific aid that's based on the demand and need in the islands", said YachtAid Global.

The organisation are also partnering with Chub Cay Resort & Marina to provide a facility for storing aid and donations from boat owners who wish to make the journey over from Florida or the surrounding areas. Hope 4 Hope Town, a relief fund set up to support the northern Bahamas, has already managed to raise over $300,000 as it prepares to dispatch yachts and plans to the affected area.

Elsewhere, the crew of the 55 metre Amels superyacht Gene Machine has encouraged all available superyachts to assist YachtAid Global with relief efforts. The 73.2 metre Delta superyacht Laurel made the journey from Newport, Rhode Island, to Old Fort Bay on the west coast of Nassau, while the medical ship Pacific Hope made passage from the Dominican Republic and is stationed at North Bahamas providing medical help, evacuation and support.

As the hurricane moves north and weakens to a Category 1 storm the scale of the destruction left in its wake has become clear. Satellite images show the Grand Bahama International airport completely underwater, while photographs of the Abacos islands show overturned cars, toppled houses, high water levels and scattered boats.

Meanwhile, industry figures have warned that hurricanes like Dorian have begun to affect the yacht insurance market. It is now becoming more difficult to insure a yacht based in the Caribbean during hurricane season.

“Along came Hurricanes Irma and Maria which devastated the islands and with them, a concentration of boats,” she said. “The result was that many insurers withdrew from underwriting recreational marine business, rates went up and underwriting standards became more stringent.”

Some insurers are now warning owners to leave the area during the hurricane season or risk losing cover altogether. “We have to say to owners that we don’t want their boats in the Caribbean during hurricane season,” said Zorab Insurance Services Chief Executive David Zorab.

The scale of the problem is growing as the hurricane season becomes more unpredictable. “The season used to be May to November,” Zorab said. “Now hurricanes are hitting earlier and earlier and the insurance market is saying we don’t want yachts kept in the Caribbean, Antigua or South Florida because it’s always going to be in the path of a hurricane.” Global Head of Watercraft for the AIG Private Client Group Sean Blue added: "In the past several years, major hurricane activity has been occurring later in the season as well. We closely watch these trends and adapt our underwriting strategies accordingly."

Zorab warns that owners who ignore professional advice are playing “Russian roulette”. “You’ve got no place to run in the Caribbean,” he added. “It’s not a question of if a hurricane hits – it’s a question of when.”

Sean Blue, of AIG Private Client Group gives his top tips for yacht owners in the event of a hurricane, and it starts with preparation...