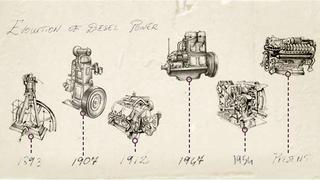 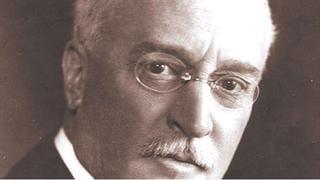 The vast majority of yachts today are powered by diesel engines. The basic technology has been around for more than a century, but today’s diesels have evolved considerably in just the past two decades. Today’s diesel engines run cleaner, burn less fuel and produce more power per pound than ever before. In the face of these improvements, and all the new power plant schemes coming on line, diesels remain the gold standard in yachting.

There is no question that the power plant of choice for the vast majority of yachts, and more recently for ships as well, is the diesel engine. Its overwhelming popularity is the result of a combination of technical, economic and practical advantages unmatched by any other alternative.

The marine diesel engine is one of the most versatile power sources available for marine propulsion and auxiliary use. The range of sizes is remarkable, ranging from one of the smallest, a Yanmar single-cylinder, 8hp (6KW) engine in a small catboat, to what is (according to Wikipedia) the world’s largest: a Wartsila Sulzer propulsion engine of over 113,000hp (84,000KW). Some diesel engines operate in excess of 4,000rpm, while others run at less than 100rpm. Whatever your need, it seems, there’s an engine for your application, or a supplier willing to build one.

All combustion power, whether internal combustion, as with a diesel or petrol/gasoline engine, or external combustion, as with a steam engine or, in part, some gas turbines, depends on burning fuel to create heat. The expansion resulting from the heat is then used to create pressure, and the pressure is used to move something, generally a piston or turbine blade. That movement, through a variety of mechanisms, is converted to rotation that eventually finds its way to an output shaft.

For many years, even after Rudolf Diesel introduced the engine that bears his name in 1893, steam remained the first choice for marine propulsion. It was a mature technology that worked, and it could be fuelled by anything that would burn in a boiler. Coal was a common choice, but river steamboats often scavenged driftwood and fallen trees as supplemental fuel along their routes.

When petroleum oil was discovered and refining began, one of the nearly unusable by-products was Bunker C, a tar-like sludge that virtually defines the bottom of the barrel. It was so thick that it had to be heated before being pumped and burned, but being cheap and plentiful, it was perfect for marine steam plants.