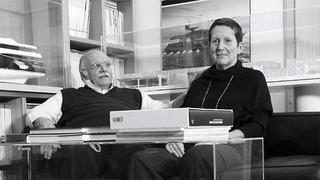 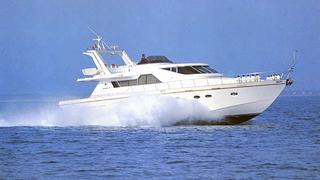 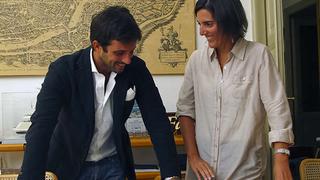 While many naval architects hope their body of work will be their legacy, there actually have been a few dynasties – Nicholson, Herreshoff, Tripp and Frers. The world of superyacht interiors claims two – Bannenberg and Zuccon, but there is only one in which two generations are practicing in the same field and in the same studio today.

In the introduction to the biography of Zuccon International Project, the firm Giovanni Zuccon founded with Paola Galeazzi, his wife, Zuccon wrote that he ‘always considers a project to be an instrument of knowledge: a process within which one’s personal convictions and doubts may be continuously modified or confirmed.’ The fact that he considers his life, including his family, to be a project, gives a clue to the unique perspective he brings to design.

Zuccon and Galeazzi met as architecture students and founded their own studio more than 30 years ago. While initially their work was land-based (they designed all the buildings for the European Space Agency), now their work is 70 per cent yachts. They complement one another; she is a pragmatist, he is a planner as likely to ponder the relationship of a structure to its culture or to quote Marcel Breuer about spatiality.

In 1975, Posillipo Shipyards approached them about contributing to recreational boat projects. They rejected the idea due to their inexperience with boats until the yard convinced them that their total lack of exposure to boats – ‘intellectual virginity’ they called it – was what Posillipo desired.

For guidance, they were told to ‘keep in mind that a boat had a bow and a stern and that the whole must allow man to live comfortably when sailing.’

In a few days, they produced drawings of interiors that showed the innovation and viability Posillipo sought. Studio Zuccon turned the traditional yacht layout on its head, and did the unthinkable in the process: they designed a boat to correspond to the yard’s production objectives and factory systems, and made it customizable by the clients. The Technema 65 was presented at the 1978 Genoa International Boat Show.

In 1990, Norberto Ferretti and his late brother, Alessandro, happened to see the detail drawings of a Technema 48 while the prototype was under construction near their yard in Fano, Italy. Ferretti comes from a craft industry tradition where design is integral to both the development and the construction of the product. Although Ferretti was moving toward mass production, it saw design focused on the rapidly evolving seagoing lifestyle as the way forward.

Collaboration began with a 16.4m craft, and since 1996, Zuccon International has been exclusive to the Ferretti Group for yacht design.

How does a studio design everything from small flybridge Ferrettis to 80m motor yachts?

‘A big boat is a tailor-made suit; a production boat is about the challenge of finding a balance. In a big boat, the client says what he wants. In production, we have to interpret the future.’

And how do Giovanni and Paola interpret the future?

‘First, I think this is not a temporary [economic] crisis,’ said Giovanni. ‘It is the beginning of a new era where there is more awareness about global economies and of the environment.

‘Second, velocity is a concept going into extinction. There are still some people today who want speed, but that is coming to a close.

‘Next, the comfort of boats must increase because people are going to be spending more time on them.

‘Finally, we have to reconsider the concept of internal space. Boats have become too much like houses.’

Speaking of the future, Zuccon jokes about what he and Galeazzi will do when they ‘grow up,’ and the pair takes obvious joy in the fact that their children, Martina and Bernardo, are also architects working with them at the studio.

Partway through our interview in Rio de Janeiro, he began furiously swiping through his iPad. Galeazzi, who translates for him, explained that he was looking for an example of windows as they encourage a relationship to the sea. Finding it, he pulled it up full-size and presented it for a reaction. It was a handsome rendering and I told him so. I commented on its very contemporary, aggressive styling and noted a resemblance to the first boat in the Vitruvius concept, Exuma.

His gesture at his own heart needed no translation. Galeazzi explained that Bernardo had drawn the design four years earlier as his final college project. This year he updated the concept with a more practiced eye and grew it to 54 meters, introducing the concept of the forward veranda.

It would seem like the future of Zuccon International Project is in good hands.