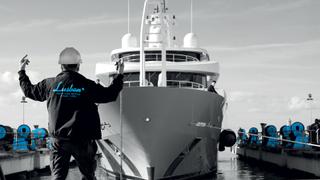 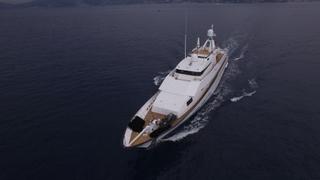 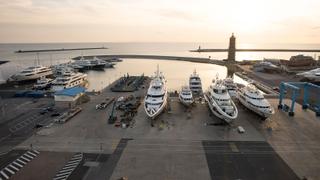 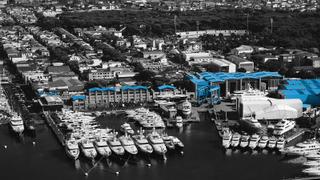 Dojo’s new look explains why some refit, others Lusben

The yard’s motto is “some refit, others Lusben”, and this sums up their attitude to delivering the highest of standards on time and within budget.

Work on Dojo included around 100,000 man-hours split across two yard periods — September 2015-June 2016 and October 2016-May 2017. What’s more, the yard reports that around 200 people contributed to the project, including designers, naval architects and project managers, which gives some idea of the scope of the operations at their Livorno facility.

Key upgrades included new stabilisation and new air conditioning systems, as well as a complete repaint, new teak decks and a new fresh water system. However, the trickiest aspect was the 4.7 metre hull extension, which required a great deal of forward planning and analysis to ensure that the extra 10 tonnes of displacement wouldn't affect Dojo’s seakeeping abilities in any way.

Founded in 1956, the yard has serious heritage of its own, so it was well placed to carry out the sensitive works required on this classic Feadship yacht. Indeed, many of the original features have been retained during the refit, including the layout, engines, wheelhouse and Dojo’s distinctive aft profile, despite the hull extension.

Lusben takes a 360-degree approach to client care right from the earliest stages of the project. This involves crew support during the refit period, technical courses and on-shore leisure activities.

For more information on how Lusben can transform your yacht with their combination of high-tech facilities and Italian style, visit: lusben.com