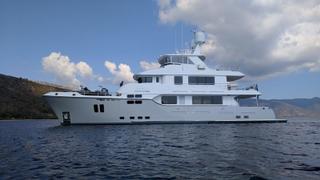 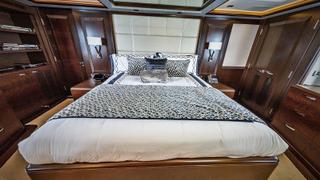 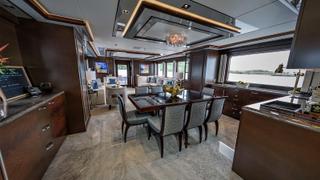 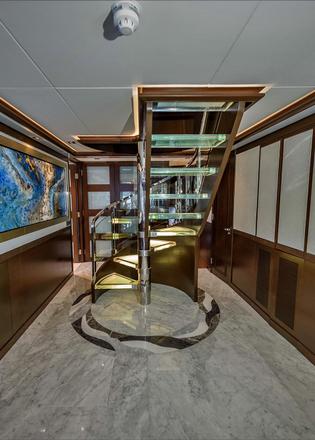 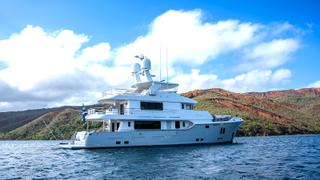 Onboard VivieRae II: Tracking the epic adventures of the Nordhavn 96

Since taking delivery of their 29.6 metre Nordhavn 96 VivieRae II in June 2017, owners Bob Giles and his wife Sandy haven’t stopped. They have journeyed more than 24,000 nautical miles, visiting an inexhaustible number of locations along the way.

These have ranged from the cities of Hong Kong and Dana Point, California to some of the most far flung places on earth - French Polynesia, the Tuamotus and the Marquesses to name a few.

Highlights have included scuba diving in Tahiti, arriving in the Galapagos Islands and visiting unspoilt islands in Vanuatu, where some of the inhabitants had not seen another person from the “outside world” for two years.

“They were very excited to see us,” Bob says. “They live like they lived thousands of years ago – it was really beautiful.”

Another unexpected highlight was Indonesia. “I wasn’t all that excited about it originally,” Bob says, “but it turned out to be one of our favourite parts of our journey. The marine life, the people, the scenery- it was incredible.”

The length and their breadth of their odyssey is a testament to VivieRae II, Bob said, and specifically the impressive range which first led him to the US yard Nordhavn.

He started with the 26.8 metre Nordhavn 86, also named VivieRae, and was so impressed that he decided to stick with the yard when it was time to upsize.

The level of customisation available was a feature that specifically impressed Bob, who feels he designed the yacht “from scratch”

“I loved the boat- the range, the quality and the volume. And when I made the decision to get something a little bigger, Nordhavn had just come up with the 96.”

The level of customisation available on the 96 especially impressed Bob, who feels he designed the yacht “from scratch".

“It’s almost a totally custom boat. As long as you stay within the four corners of the boat, you can do whatever you want.”

This freedom allowed Bob to make specific alterations, such as lengthening the decks, designing their arrangements and choosing the interior finish.

He made frequent visits to the yard in Xiamen and was even able to make running changes after construction began. “Nordhavn was very accommodating,” he says. “They said yes to everything I wanted to do.”

Bob was so impressed with the fit and finish of the yacht that he didn’t hesitate to immediately embark on his 24,000 nautical mile journey straight from the yard in China. And he hasn’t regretted it.

“Anybody who’s ever built a boat before would think I was crazy taking delivery and immediately setting off on this journey to such remote places and I think that’s a testament to the boat.”

He adds “We’ve never had any problems getting to where we want to go or doing what we want to do.”

And even with 24,000 nautical miles under their belts, Bob and Sandy have no intention of slowing down. They will soon be leaving Bocas del Toro for St Maarten and St Barths, before spending April in the British Virgin Islands and May in the Bahamas. They will then head to South Florida. “We’ll be based there in the summer,” Bob says. “I love the Exhumas.”