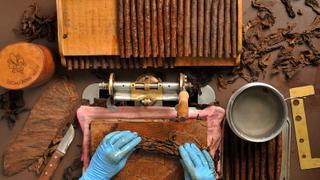 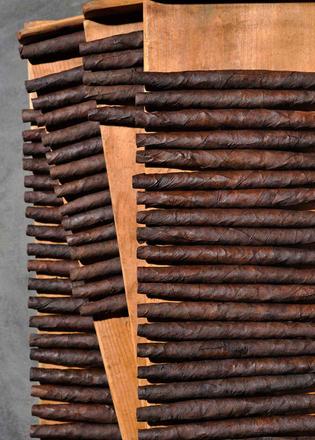 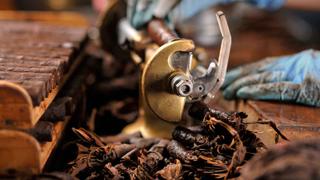 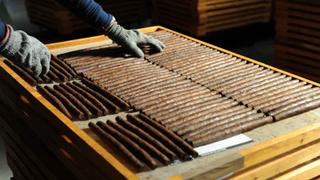 Toscano cigars: Inside the world of the sigaraie and the Manifattura of Lucca

Every country has historical products with old roots in its territories that recall the spirit of the nation, its history, its traditions and its places. They are symbolic flags, often protected because they are the past and future of a country, or of a region.

Italy has plenty of these flags, and all of them are inimitable. One of them is the Toscano cigar, born in Florence in 1815 thanks to a summer downpour that caused a tobacco crop left outside to ferment. The meeting of water and tobacco was the basis for a new cigar with a different, stronger taste. This product fully embodies Italian lifestyle and, owing to its 200-year life, it is intertwined with the habits, the faces and the behaviours of Italians, both famous personages in the worlds of art, music and culture, and the common people.

This item of Italian excellence should be enjoyed with a good grappa or red wine, and without hurry, for it is in these slow moments spent with good friends, all five senses get going.

The Toscano cigar relies on a department of 40 sigaraie (female cigar makers) operating at the Manifattura of Lucca, making 500 cigars by hand every day. The traditional figure of these women is accompanied by a series of legends, memories and accounts, all of which originate from this fascinating job. They were, for example, some of the first women to enter the world of work with the same rights (with a few exceptions) as men.

The highest increase in women’s labour actually occurred at the Manifattura Tabacchi where women were given control of all the cigar processing stages. In the mid-nineteenth century there were just 20 women in the factory but, after the unification of Italy, that number went up abruptly. At the beginning of the last century, female employees in tobacco factories across Italy represented the most important female presence in any industry worldwide. To demonstrate the importance of the sigaraie in the workforce it is important to note they were the first to obtain kindergartens in workplaces following harsh trade union fights. A victory which distinguished them from other female workers.

Today the sigaraie are still fundamental in the manufacturing of Italian cigars. Their work has hardly changed in over 200 years and daughters often follow their mothers into the factories. But what are the characteristics of today's sigaraie? The average age is now around 40. Older employees play an essential role because it is up to them to hand down the traditional cigar making techniques. After one year of apprenticeship, one sigaraia is able to produce 500 pieces a day. However, her complete training lasts 18 months.

When you open a packet of Italian handmade cigars and take one of them to be lit you will realise that they are all slightly different from each other. That is the beauty of "handmade": joining tradition, experience and technical skill.

The Maccaferri industrial group, which is based in Bologna and produces Toscano cigars, is entirely Italian-run. Thanks to a strategy combining tradition and technology it is seeing an ever-greater appreciation internationally and is now present in over 70 countries, including Europe, the USA, Japan, Canada, Australia, Israel, Lebanon, Turkey and Russia. The key factors of this success are quality, a strong link with Italian Kentucky tobacco growers, and product innovation.

There are six essential stages carried out by a sigaraia in the cigar-making process: