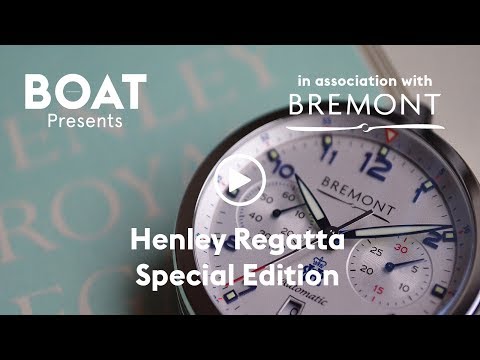 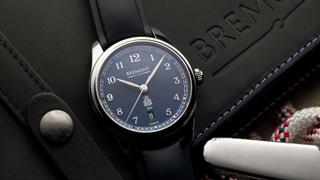 There's nothing more quintessentially English than cruising down the Thames on a slipper while watching teams battling it out at Henley Royal Regatta, especially when accompanied by the founders of award-winning chronometer brand Bremont.

"In 178 years they’ve never had any form of sponsorship or commercial partners and I think for us, the whole Britishness of the event, it really ties in with what we’re doing," says Bremont co-founder Giles English.

This year marks the first in which the prestigious event has partnered with a small number of luxury brands, and made Bremont the first-ever Official Timekeeper to the regatta.

Bremont was first launched in 2002 by Giles and his brother Nick with a focus on beautifully crafted aviation timepieces. Now covering all areas of exploration, adventure and sailing, the British watch company, which recently added to its stunning America's Cup collection, has launched an extremely exclusive new timepiece.

"We’ve launched this Henley Regatta collection which you can only get if you have raced in the race or if you are one of the stewards of the regatta," Giles explains. "It’s a lovely British watch, it's a 40mm based on our AIRCO collection and I think it’s gone done very well so far."

The COSC certified Henley Royal Regatta special edition watch is an automatic chronometer with a 38 hour minimum power reserve. Water resistant up to 100 metres, it has a case of hardened polished stainless steel and features a stop second function as well as the date.

Strolling around the various enclosures at the event, it's hard to miss the large Bremont clocks dotted around, or the pop-up boutique opposite the bandstand entrance complete with an in-house watchmaker.

"We love the fact that they still use mechanical timing devices for all these races," says Giles. "They’re timed by the second and we’ve created some timepieces for them so I think it really ties in with what we’re about.