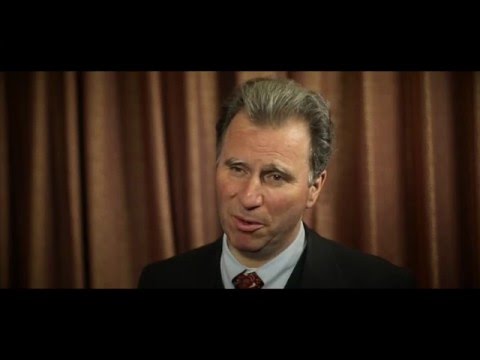 Video: What would you miss most if the oceans were destroyed?

For the first time in more than a decade, environmental issues came top of the bill at the World Economic Forum. One of the key stories emerging from the talks in Davos was a report that claimed by 2050 there will be more plastic rubbish than fish in the ocean (by weight).

With issues such as pollution, illegal fishing, acidification of the sea and global warming posing huge threats to the oceans, it's one of the most pressing discussion topics for anyone who loves the oceans.

Y.CO is a company full of people passionate about yachting and the sea. Though their extensive corporate social responsibility programmes and support of ocean conservation charities, Y.CO has firmly placed a love and respect of the ocean at the heart of its philosophy. Working with Boat International, Y.CO is bringing the biggest ocean conservation issues to life in a series of videos – the first of which asks six leading figures what they’d miss most if the oceans were destroyed.

The video below shows the varied responses:

Of course, the loss of marine life was one of the most common things people said they’d miss if the oceans were destroyed. “I would miss seeing the dolphins swimming in front of our boat when we sailed last summer down the Atlantic,” said yacht designer Andrew Winch, whilst broadcaster Lady Georgie Ainslie said she would miss the sharks.

It was also the way the oceans make us feel that some of our interviewees said they would miss. “I would miss the sailing and the freedom,” said sailor Sir Ben Ainslie, as Winch explained he’d miss the solitude and quietness that they give him.

“They offer us security, they offer us ways to explore different environments and if we didn’t have the oceans, that would disappear,” added propery tycoon and superyacht owner Nick Candy.

Entrepreneur Amber Nuttall made a salient point: “If the oceans were destroyed I don’t think there’d be much left to miss because I’m not sure any of us would be here any more,” she said. And Charles Clover, co-founder of the Blue Marine Foundation and The Ocean Awards judge, echoed her stark warning: “The oceans are our life support. We came from the oceans. If the oceans die, we die,” he said.

Oliver Letwin MP – winner of the Visionary Award at The Ocean Awards – summed up the answer best when he said: “I think it’s unimaginable what the world would be like without our oceans if they were destroyed. We obviously can’t let that happen.”