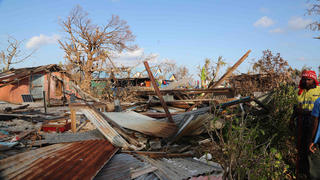 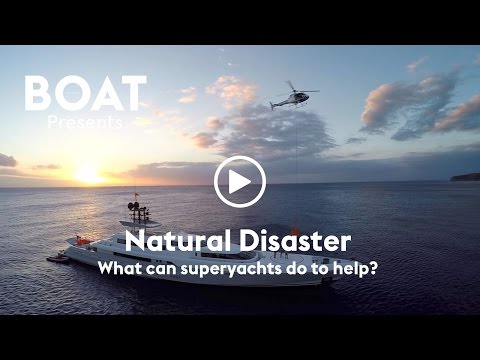 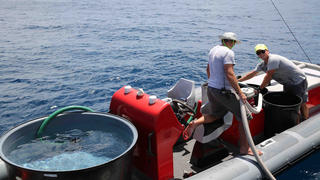 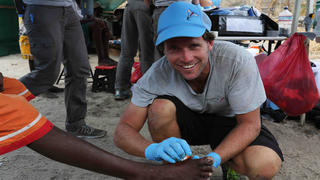 Superyachts saving lives. This may not be their primary purpose but superyachts’ ability to access remote destinations and deliver vital resources means that they can provide a crucial role after natural disasters. Y.CO’s new Clearwater project is hoping to help identify key areas where superyachts will be able to help, inspire captains and crew to get involved and provide a network of advice and support to ensure operations are both successful and safe.

In 2015, 73 metre Dragonfly proved just how important superyachts can be when she stepped in to help after Cyclone Pam hit and devastated large parts of Vanuatu. Below captain Mike Gregory talks though his experience and Dragonfly's commitment to the Clearwater project.

During her time in the South Pacific nation Dragonfly’s effect was huge – delivering more than 62,000 litres of water, treating over 250 casualties, and distributing six tonnes of medical and food aid. Her crew includes a doctor and five trained emergency medical technicians but Gregory is adamant that other superyachts are also equally capable of stepping in to help in similar situations.

“Dragonfly is no better equipped than any other boat out there of our size,” he says. “The most important things are having tenders and a crew that are well trained, well educated, fit, healthy and ambitious. Every boat also has great communications on board which are hugely beneficial in these situations.”

While every superyacht is naturally equipped to help provide aid in these situations Y.CO is conscious of the work required to support the captain and crew on the ground.

“This isn’t something for the faint hearted,” says Y.CO co-founder Charlie Birkett. “You might go to an island that has just had significant damage, like Vanuatu, and you are going to see things that perhaps you don’t want to see. There are some big considerations.

As well as their work on the ground Gregory and his team also produced a video, which has now been watched more than 140,000 times, that he hopes the will encourage other superyachts to help in future situations.

“A lot of yachts don’t know how to help,” says Y.CO business development manager Hatty Campbell. “They need someone like Mike to stand in and tell them how they did it and what they need to do prepare the yacht in order to do so.”

Gregory is confident that Clearwater will encourage other captains to consider getting involved in similar projects. “Hopefully Clearwater can provide a support network to help understand the core principles behind helping in these sorts of situations,” he says. “Y.CO didn’t have a program when we did what we did back then. Now we can work as a team and we can support other boats that may want to do something as big or small.”