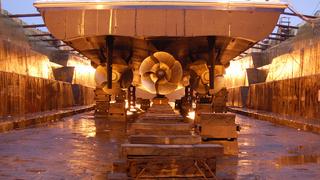 French repair and refit experts Nautech announced at Monaco Yacht Show that it has a new facility in Havana, Cuba. The new refit yard will offer a full range of repair and refit services for yachts up to 140 metres.

The new facility will be located east of Cuba’s Bay of Havana, which is approximately 100 miles south of the US. Nautech has made an agreement with the Cuban government, which owns and operates the shipyard, to create the new base. The shipyard was initially founded in1992 and has a dedicated workforce of 500. It has the facilities and technical capabilities to carry out metal, mechanical, machining, piping and electrical work.

Prior to this announcement, Nautech has only operated out of its two French bases — Marseille and Villefranche-sur-Mer. Nautech said it hoped the move would enable the company to “offer the best quality service to exclusive clients in the most strategic locations of the yachting world”.

Pascal Voisin, general manager at Nautech, added, "I would like to start with a massive refit project here, and we are targeting vessels between 40 metres and 130 metres. It is a good mechanical and classical shipyard."

The announcement comes after a thawing of relations between America and Cuba. It is hoped that the policy changes could boost Cuba's superyacht industry.