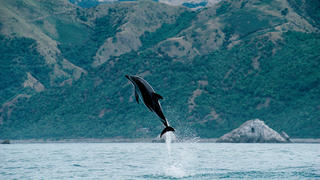 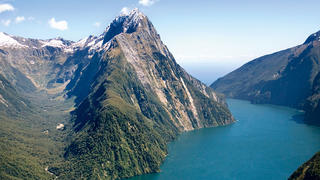 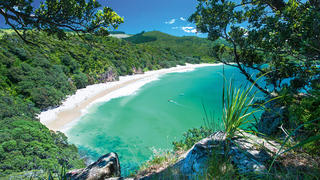 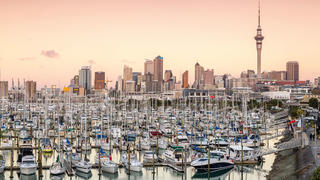 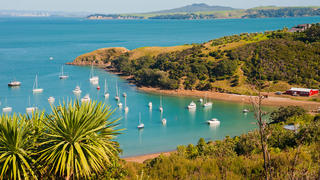 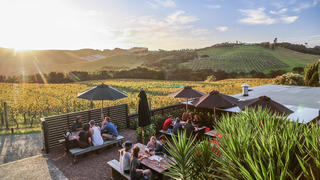 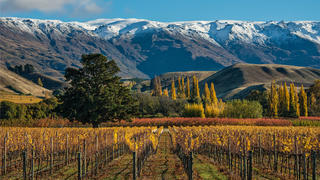 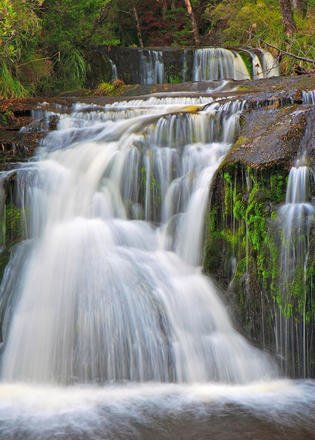 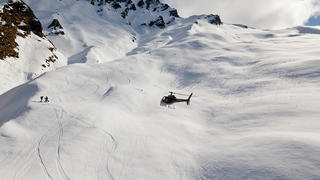 North or South? How to discover the best of New Zealand

There are two sides to New Zealand – or rather two ends – but which island should you choose? The spectacular subtropical North, or the rugged, glacier-carved South? Craig Tansley takes you on a whistle-stop tour of both

Kiwis are famously a friendly bunch, unless the All Blacks are playing, but if one subject can divide them it’s the great North v South Island debate. New Zealand offers superyachts 9,000 miles of one of the world’s most diverse coastlines: from golden sandy beaches in the country’s far north to rugged mountain ranges in the country’s deep south; but which is better?

“New Zealand is so diverse in a relatively small area,” says America’s Cup commentator Peter Montgomery. “The subtropical Bay of Islands and the spectacular sights of Fiordland are so different they could be in separate countries.”

According to Duthie Lidgard, managing director of Asia Pacific Superyachts New Zealand, it comes down to personal preference, just like your taste in wine. “The North Island is fantastic for shorter trips,” he says. “It’s lighter, warmer, breezy and relaxing; it’s like a light Riesling. The South is big and robust – especially the weather in Fiordland – like a full heavy Cabernet.”

The buzzing city of Auckland, with its vibrant culture, high-end shopping and fine dining scene, is an ideal launch point for a North Island adventure. The harbour has played host to some iconic superyachts over the past few years – including 140 metre Ocean Victory. On weekends the whole city seems to be out on the harbour (there are reportedly more boats per capita here than anywhere on earth) and it’s easy to see why Auckland is a breeding ground for America’s Cup sailors.

Venture just nine miles east to Waiheke Island and you will begin to understand the opportunities that exploring New Zealand by superyacht can offer. With its vineyards, olive groves, beaches and warm microclimate, it’s a popular escape from the city. To experience its charming small island atmosphere venture to The Shed restaurant, hidden among rows of grapes at the out-of-the-way Te Motu vineyard. Its humble exterior – it really is just a shed – is a façade to a quirky restaurant serving delicious dishes such as Moko smoked eel and braised lamb shoulder with star anise.

Plenty of New Zealand’s marine creatures can be found close to its biggest city. “I was delivering a yacht three weeks ago and saw a pod of orca just out of Auckland,” says Greg Yeo, a former project co-ordinator with Alloy Yachts. “Then I saw blue penguins and porpoises and 30 miles later two southern right whales surfaced within 50 metres of my boat.”

Just a stone’s throw from New Zealand’s largest city lies the Hauraki Gulf. “There are more anchorages than days in the year and fantastic cruising grounds,” says Montgomery.

Arguably one of the most fascinating areas to visit is Great Barrier Island, home to unspoilt beaches, hot springs, old kauri dams and a forest sanctuary. Captain Andy Grocott, former skipper of 34 metre VvS1, recommends heading to Harataonga Bay on the east side of the island. “It’s a bit of a mission to get around the corner but not many people go there and this isolation is part of the appeal,” he says. Other Great Barrier Island highlights include hiking to the top of Mount Hobson for stunning views over the Coromandel Peninsula and diving nearby shipwrecks.

Ocean Independence’s Debbie Gribble recommends using local expertise to explore the region. “The sailing distances are not long and clients can easily experience little-known coves and special anchorages,” she adds.

As ever in New Zealand, luxury is never far away and the Bay of Islands is also home to one of the world’s most picturesque golf resorts, with an elegant boutique lodge. Kauri Cliffs is located on 2,400 hectares of pasture land overlooking the islands and it’s well worth taking a helicopter over for a meal or an overnight stay. The 18 hole course has 15 holes overlooking the Pacific, six of which play along cliffs that plunge 150 metres straight down to the sea.

If you crave adventure beyond a golf course then head for the South Island. For those brave enough the rewards are bountiful

– breathtaking fjords, cascading glaciers and alpine landscapes. The island’s trump card is its World Heritage-listed Fiordland National Park, a collection of 14 sunshine-filled glacial valleys. “These vast waterways, coves and inlets are mostly still in their absolute natural state,” says NZ Marine’s Peter Busfield. “With no road access, the only visitors are on expedition-style or serious yachts.”

The beauty of this place rivals the fictional The Lord of the Rings elven kingdom of Rivendell, with narrow, steep-sided cliffs of dense forest rising straight out of the water and an abundance of cascading waterfalls. The lush environment has species of flora and fauna found nowhere else on earth. The region’s waters are also home to bottlenose dolphins, fur seals, the rare Fiordland crested penguin and humpback and southern right whales.

Fiordland offers weeks of adventures on the water, but for more activity options you can take a chopper from Milford Sound to the adventure capital of the world, Queenstown. Fly into the southern hemisphere’s largest heli-ski zone where more than 400,000 hectares of the Southern Alps’ backcountry terrain await.

Queenstown is also home to the Central Otago wine region, one of the world’s best areas for producers of Pinot Noir. Take a leap of faith and bungee from the bridge over the flowing Kawarau River then celebrate afterwards with your tipple of choice at Gibbston Valley winery nearby. Two of the world’s best lodges are also accessible by helicopter from Milford Sound.

Blanket Bay Lodge is 45 minutes west of Queenstown and is a favourite for Hollywood’s elite, while Matakauri Lodge sits high above Lake Wakatipu, offering incredible views across the Remarkables.

More thrills await further south at the last stop before Antarctica – Stewart Island. It has fewer than 450 human inhabitants but an abundance of bird and sea life to keep you company. The refuge is also the best place to see the endangered kiwi – New Zealand’s national bird roams free across native bush.

To circumnavigate the whole country, local experts advise to allow at least three months – but for those without the time, there are many abbreviated experiences to be had all around the country’s vast coastline.

Ultimately, no matter whether you choose to head north or south you are guaranteed unforgettable cruising grounds. A heavy Cabernet or a light Riesling? The decision is yours, but if you have time definitely opt for both.

Cruising Calendar: 10 events not to miss in New Zealand