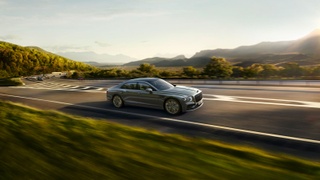 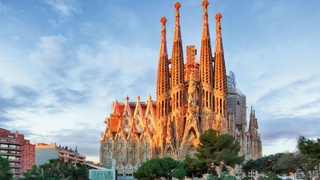 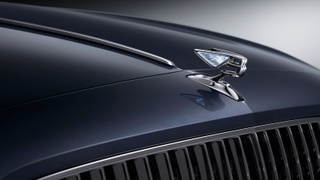 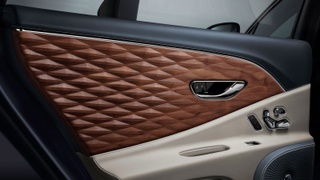 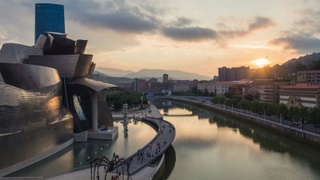 Dock at the bustling, modern yachting hub of Barcelona, before embarking on a journey that takes in the very best of Europe, old and new.

Your journey sets off via some of the oldest, most atmospheric streets in Spain. Modern technology makes light work of the tight turns on these time-worn roads because four-wheel steering – utilised for the first time on a Bentley – allows you to turn the front and rear wheels in different directions.

Your third-generation Flying Spur is the ideal car for combining history and progression. A new design to mark Bentley’s next 100 years in business, the model has had a comprehensive overhaul. That’s not to say that Bentley has cast off its heritage; far from it. The third-generation model builds on and refines all that came before, taking the best elements of previous Flying Spurs, the Continental GT, the Mulsanne and the Bentayga and combining them in the world’s pre-eminent four-door saloon.

As you drive down the Passeig de Gràcia, reflect on how the assertive lines of your car are the perfect partner to the dominant outline of Gaudí’s Sagrada Família masterpiece or the even linearity of the Monestir de Pedralbes.

History will be on your mind as you drive on the E-804 motorway past the ancient cities of Zaragoza, a defensive Roman outpost, where remains of the forum of Caesaraugusta still stand. Next is Logroño, a Middle Ages staging point on the pilgrim route to Santiago de Compostela. Cities like these evolve through the layering of time, and in a similar way, Bentley heritage is evident throughout the Flying Spur.

Skills in engineering and craftsmanship have been passed down through several generations of families of craftsmen. They have been given a modern update, such as the new curved edges to the familiar lofted diamond quilting on the flawless Mulliner bull-hide seats. You can choose a traditional finish to your interior in, say, walnut, or a more modern Hawaiian koa or a rippled fiddleback eucalyptus.

Organ stops on the air vents have a traditional design, as do the knurled finishes to edge surfaces – although specially coded software is behind the ability to machine 5,331 diamond shapes on the central vent alone. The Flying B mascot is used for the first time on a Flying Spur since 1959, rising from the bonnet on command, and has been given a 21st-century update, with illuminated wings.

An hour and a half’s drive on from Logroño will bring you to Bilbao, where you can take in the 15th-century Gothic Santiago cathedral as well as the works of contemporary art masters Jeff Koons and Richard Serra. And what more fitting backdrop could there be to the new Flying Spur, a car that challenges convention with such conviction, and which brings as much refinement to the driving experience as it does power and intelligence, than that temple of contemporary architecture, the imposing silver Guggenheim?

Download the Bentley augmented reality app and visualise the new Flying Spur wherever you choose.