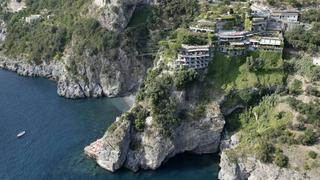 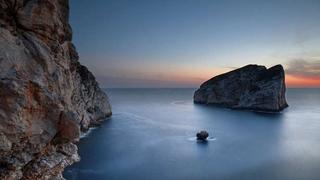 The delights of chartering the Amalfi Coast

_Fiona Maureso is charter director at Northrop & Johnson. She discovered yachting at a young age and has now been working in the industry for more than 25 years, both as a charter manager and as a charter broker, here she shares some of her tips on what to see and do on the Amalfi Coast.

Famous restaurants in Capri include Il Ristorante da Paolino, also known as The Lemon Tree, where you can enjoy a romantic candlelit dinner on the terrace, surrounded by a fragrant lemon grove. I also recommend the poolside restaurant at Grand Hotel Quisisana, a historic five-star establishment in the town centre.

In Positano, the Hotel Il San Pietro is perched precariously on the cliffs above the village and offers staggering views over the bays of the Amalfi Coast.

Procida lies a short 20-minute cruise east of Ischia. It is not as commercialised as its larger neighbours and is more authentic in character. The small town has a Far East air about it with flat roofed cubic houses; the narrow winding streets have a medieval aspect and the island is terraced and cultivated with orchards and vines. Have lunch in Cala di Corricella and then enjoy watersports and swimming in this quiet bay.

Ventotene lies 22 nautical miles to the north of Procida. The island was first used as a base by the Phoenicians, Greeks and Romans. Circumnavigate the island choosing a nice spot for a swim before going ashore to explore the ancient harbour, which was excavated out of the volcanic rock during the reign of Roman Emperor, Augustus.

A further 22 miles away is Ponza, arranged in a semi-circle around the old fishing harbour, and famous for its picturesque beauty with rose, ochre, blue and white houses under green slopes. Enjoy an afternoon in Cala Inferno, which takes its name from the intense reflection of the sun.

Enjoy a refreshing swim or dive amongst the carved formations in the crystal water surrounded by cliffs and rock pinnacles which have been eroded into fantastic and unusual shapes. In the evening you can dine at ORestaurant, with a lovely view over the harbour, or on the terrace of Acqua Pazza.