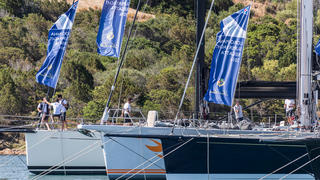 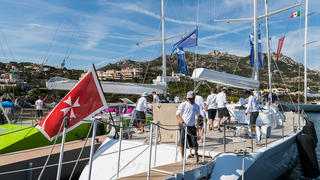 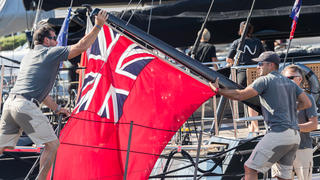 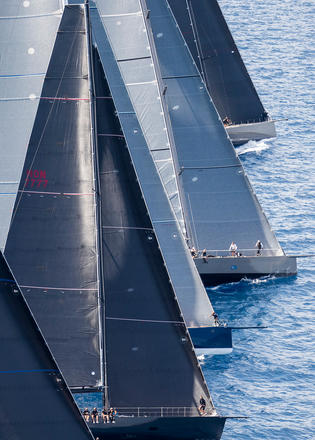 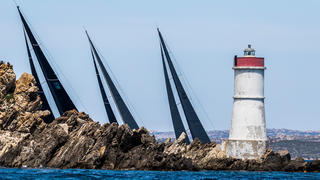 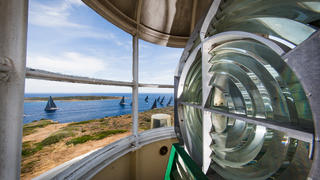 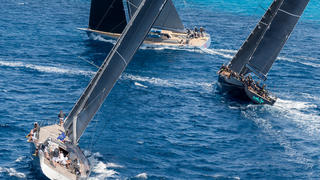 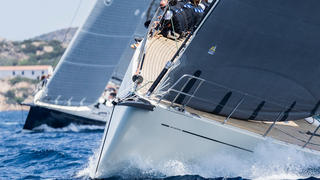 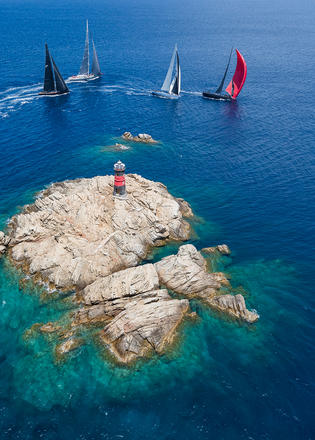 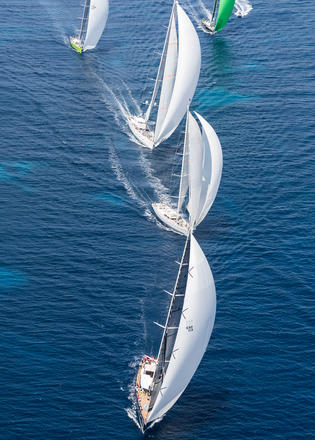 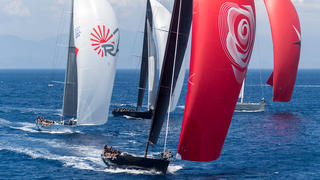 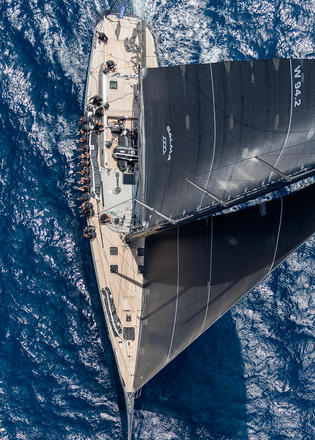 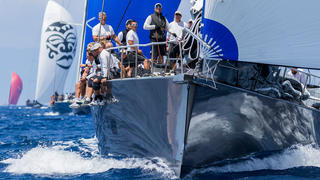 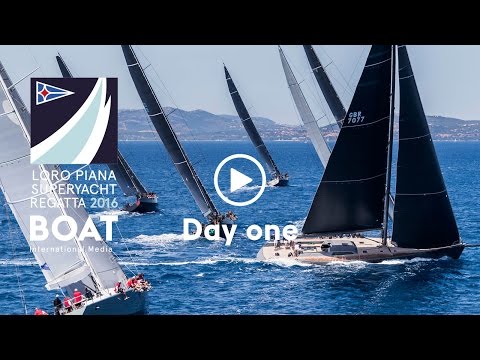 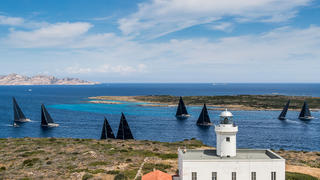 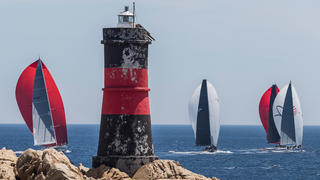 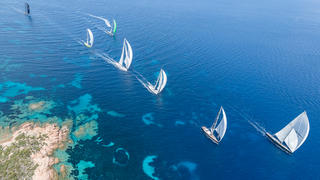 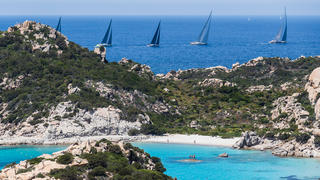 Saudade, the standout winners of the event last year, made a successful start to their defence of the Superyacht division title at the Loro Piana Superyacht Regatta on the Costa Smeralda today winning Class A’s coastal course.

The off-the-shelf 31 nautical mile standard passage race out to Spargi island and back proved relatively straightforward, save for a nasty sting in the tail. During the final minutes of the race the northwesterly breeze was upended by a new stronger southerly wind that arrived suddenly from the south.

Managing this rapid transition proved important but even though Saudade achieved this successfully to win by 19 seconds on corrected time, it is not without the need for a short stay in ‘sail hospital’ for their wounded gennaker.

“Everything went so well. We were all really happy until the last six or seven minutes and we went straight into the transition. We had the kite all over the rig and tears all through the kite, but luckily we are the first ones on the dock and so can get the sail into the loft.” Smiled Michael Wilson, Boat Captain of the Saudade “If we can get out of situations like we just have had and still get across the line and win, then we are in with a chance for the rest of the regatta.”

Just as Saudade made a good opening in division A, so too did Grande Orazio – division winner last year – in Class B. Owner driver Massimiliano Florio attributed their win today, by over one minute, to ‘very good crew work and good boat speed. It was a fantastic day.’ Second place went to the Nauta-designed Southern Wind Whisper while Pier Luigi Loro Piana’s My Song clinched third place. Local knowledge clearly pays as each of the top three boats fly the Yacht Club Costa Smeralda burgee.

If the last transition proved key for some, for the highly competitive 12 boat Wally class it was the start and the transit into the east of ‘Bomb Alley’ which set the order at the front of their fleet.

Volvo Ocean Race winner Ian Walker as tactician working with strategist Tom Whidden conspired to set up a good, strong start for Sir Lindsay Owen-Jones on the helm of his Magic Carpet 3 which went on to win by a comfortable three minutes and 38 seconds.

Double Olympic medallist Walker recalled: “We made a great start up at the right hand end of the line and so we were ahead of Open Season at the first cross. The boat is going a bit better with a new mainsail and so we were just able to hold off Open Season.

"We held them off all the way up the beat. When we set they set a reaching sail and we set a running sail and the wind lifted, so they had to peel (change to a running kite) and that is where we made our time. They were a minute and half behind then mainly through sail choice. But we just sailed a really clean, tidy race. We could not have done anything much better. It was a lovely clean race. We were lucky to be through the finish before the transition.”

“Any day we can finish ahead of our rival which has a speed advantage over us is a wonderful day for us," added Owner Sir Lindsay Owen-Jones. "So beating the fleet as well, winning, well we are thrilled.”

The Wallys raced clockwise around La Maddalena island, setting kites at the Hotel mark – off the island’s northwestern tip – for a brisk run back outside the island of Caprera to the Yacht Club Costa Smeralda finish line just to the south of the entrance to the harbour.

Setting up and executing off the start line was vital for the Wallys, less so for the Superyachts which set off individually at two minute intervals. All enjoyed the good fun beat up the Straits, the northwesterly building to 18 knots at times, a bit more than was forecast.

British tactician Steve Hayles, working in concert with navigator Andrew Cape on the Wally 77 Lyra which finished fifth, describes the five-way battle among the evenly matched Wally 77-80 footers: “It was lovely flat water around the rocks. Just perfect Sardinia and Porto Cervo conditions. It went a bit light in the gap (west of La Maddalena) but we kept moving, there was a little compression.”

“The problem was that the first four minutes of the race were key on a 30 mile race. It was kind of hard after that. For us, in the ‘80s’ you are never sure what the 90s and 100s are going to do. You can’t predict where they will set up and where they will tack and so that is a big influence in some of the race. The first beat was very one sided and so you were almost laying it on starboard, and so the lane you ended up with was key. It was great fun. Down the outside on the run there were some shifts and staying off from the islands was key as it went a little lighter there.”

Crews kicked back at the daily after-race refreshment in Piazza Azzurra while owners prepared for a gala evening at the Loro Piana Owners Dinner at the YCCS Clubhouse, showcasing cutting-edge Italian cuisine from 3 michelin starred chef Niko Romito, as well as a concert by renowned pianist Dimitri Naiditch.

Racing is scheduled to continue tomorrow, Thursday 9th June, at 11.30. Winds are forecast to be a little stronger than today with 15-18 knots expected.

The results of Race Day One have been published online.