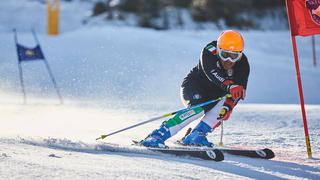 Boat International Media are delighted to announce that this year, for the first time in the Symposium's history, the Ski Cup will be held on the World Cup Ski Slope, The Legendary Streif. This classic downhill course is regarded as the most demanding racecourse on the World Cup circuit. Guests are invited to participate on this prestigious slope as well as cheer from the Zielhaus Restaurant Red Bull Kitzbühel.

This year we will host the following races:

The Team Time race invites snowboarders and skiers to come together to create a team of 3, this race isn't about speed it's about control. Each team member will ski down individually, and the team with the closest times will win.

The sponsors of the Superyacht Design Festival 2020