This classic sailing yacht, last refitted in 2007, has proven herself as both a family cruiser and an accomplished racer

The 21.94-metre 1926-built Herreshoff sailing yacht RUGOSA has joined the Edmiston sales fleet.RUGOSA is a New York Yacht Club 40, the most coveted model in a distinguished line of Nathanael G. Herreshoff NYYC One-Design classes. Uniquely, RUGOSA was built as a yawl, and has the potential to beat the existing NY40s that successfully compete on the Mediterranean circuit, namely MARILEE, ROWDY and CHINOOK.

In her early years, RUGOSA won the 1928 Bermuda Race under the ownership of the first of many owners, Russell Grinnell of Providence, Rhode Island. She went on to have notable racing successes under a succession of owners before being bought by Halsey Herreshoff, grandson of NGH, who has cruised and raced extensively on her in his 30 years of ownership, from the east coast of the USA to the cruising grounds of Europe. She famously beat 58 top classics in the 2001 Americas Cup Jubilee in Cowes.RUGOSA’s most recent refit was in 2007, when much structural work was done. With many miles sailed since then, another refit should be envisaged by the next custodian, to bring her up to perfect condition.RUGOSA can accommodate eight guests in traditional open plan accommodation, suitable for a racing crew, regatta charter, or family use.

The galley is forward of the saloon, as originally designed, where in the latter is found a handsome gimballed dining table. Aft is the navigation station, with chart table and twin seating.The deck arrangement of RUGOSA has proven ideal for either racing or cruising. Wide open areas fore and aft make easy tasks of manoeuvres and sail handling. 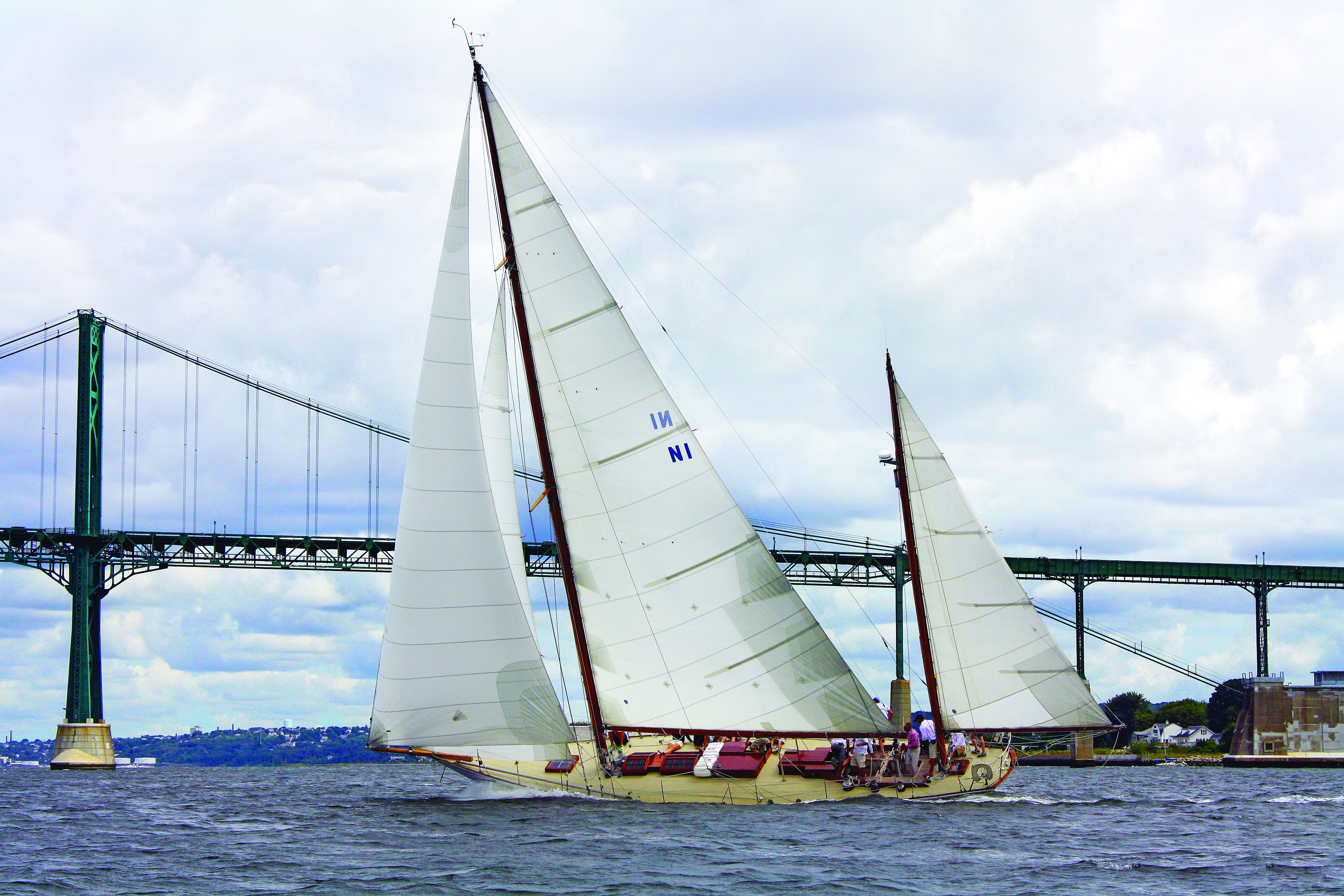