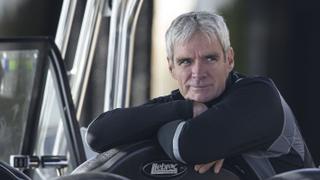 The Australian-born sailor/designer will be able to draw on a wealth of experience, including four America’s Cup victories. His first came in 1983 when he was the navigator on board Australia II - the team that prized the Auld Mug out of American hands for the first time. More recent triumphs include a variety design and management roles with Team Alinghi and Oracle Team USA.

Simmer’s appointment sees former CEO Martin Whitmarsh move into a new role as CEO of BAR technologies as well as acting as an advisor to the main team.

Ainslie, who has worked with Simmer on two previous America’s Cup campaings, commented: “Grant's experience and achievements in the America's Cup are second to none. He is the right person to help Land Rover BAR achieve the goal to bring the Cup home to Britain."

Simmer will take up the role later this month and relocate from his native Australia to the UK in early 2018.

Whitmarsh added: "Ben, Charles [Dunstone] and I were always clear that we needed someone with a full-time focus on the racing team. I'm delighted therefore that someone with Grant's experience is joining us and that I can continue to assist Ben and the business to develop and of course bring the Cup home."

The news comes less than a month after Land Rover BAR announced that it would be joining the 52 Super Series in 2018 to help the team focus on monohull performance in line with the protocol for the 36th America’s Cup.