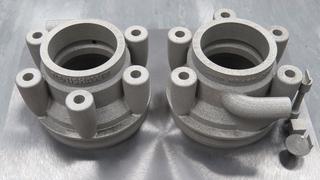 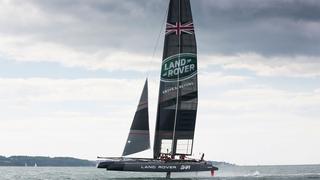 3D printing will be used to help build components for the foiling catamaran that Land Rover BAR will use to challenge for the Americas Cup in 2017. Olympic hero Sir Ben Ainslie said, “we want to leave no stone unturned in our search for new technologies that will help us to bring the Cup home.”

Engineering firm Renishaw is contributing its experience in metal 3D printing and position feedback encoding. It recently joined Land Rover BAR’s Technical Innovation Group, which was formed to bring together the best of British industry. The British engineering firm has more than 70 offices and 4,000 employees worldwide.

Renishaw’s expert metal additive manufacturing knowledge will help with the design and construction of critical, 3D printed metal parts of the catamaran. The design of the components is of course a closely guarded secret as none of the six teams want to give away anything that may help their rivals.

“The reason we’re involved is mainly because of the technologies we develop through Renishaw,” said Dr. Chris Sutcliffe, Renishaw Research and Development Director. “It’s a fantastic example of what you can do with additive manufacturing,” he added.

“As a British engineering company with core skills in precision and performance, combined with expertise in position encoding and metal 3D printing, we are delighted to have the opportunity to make a valuable contribution to the TIG and help Land Rover BAR bring the America's Cup back to Britain”, explained Robin Weston, Marketing Manager of Renishaw.

The America’s Cup attracts some of the top designers and manufacturers in the world as the teams use cutting edge technology to try and gain a crucial edge over the competition. Last year BAR took on Formula One stalwart Martin Whitmarsh as CEO and entered into a partnership with top F1 designer Adrian Newey and his team at Red Bull Advanced Technologies.