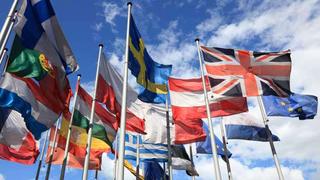 Just to be absolutely certain, however, their contractual terms often make it clear that, for example, they will not be ‘liable or responsible in negligence or otherwise to any person not a party to the agreement… for any information or advice’. So there’s no real choice but for the owner to claim that there has been negligence – a breach of a ‘duty of care’.

The English courts have been very reluctant to recognise third party liability. It was held in a 1990 case regarding the yacht Morning Watch that societies did not owe third parties a duty of care, as the relationship between them was, in legal terms, too remote.

The House of Lords, England’s highest court at the time, confirmed this position in the 1995 case of the Nicholas H. While the judges said that there might (on the facts of the case) have been a relationship giving rise to a duty of care, the recognition of such a duty would be ‘unfair, unjust and unreasonable’, especially since the cost of liability would ultimately have to be paid by all owners who sought the societies’ services.

By comparison, such a duty was held to exist in the 1998 case of Perrett v Collins, in which a passenger was injured when an airworthiness certificate was negligently given in respect of a less-than-airworthy aircraft. The US courts tend to take the same view when it comes to ships and yachts.

The French are also more favourable to buyers. Article 1382 of their Civil Code simply states that where anyone causes loss or damage to another, then that must be put right: there’s only the need to prove negligence, rather than proving a duty of care.

Attempts at harmonising the way laws deal with societies began with a new European Union law in 1994. This has been added to, and provides for unlimited compensation from societies in the event of wilful acts or gross negligence, where the society is working for a state maritime administration.

While these laws do not affect superyacht owners, it does raise the possibility of such liability being extended to owners – whether they are buying services directly, or relying on them later as third parties. Certainly, were the case of the yacht Nicholas H to be decided today, the outcome might not be the same.

Until the courts start to take a more favourable view towards owners, there is no reason why owners shouldn’t try to renegotiate the terms of any contract with the society to remove all of the get-outs they often contain. Third parties should certainly find their own surveyor rather than rely on the work commissioned by another owner.

It’s also worth remembering that the use of classification societies does not relieve the owner and captain of their responsibility to maintain their yacht in a seaworthy condition – for guests and crew alike.

Benjamin Maltby is an English barrister with consultants MatrixLloyd, providing impartial guidance on all aspects of large yacht purchase, building, ownership and operation.