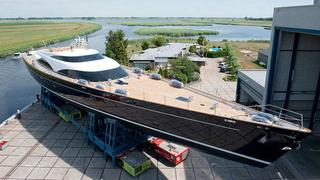 The Maritime Labour Convention 2006 (MLC) is a regulation developed by International Labour Organisation and International Maritime Organisation (ILO/IMO), the starting point of which is to secure the wellbeing of captains and crew members on commercial vessels, including superyachts.

The principle behind the MLC is fully supported by the Superyacht Builders Association (SYBAss) as it is in the interest of the entire superyacht industry.

The failure by regulators to take the superyacht industry into account proves once again how important it is to assert the interests of our sector. This is one of the main reasons behind the foundation of SYBAss in 2007.

SYBAss is currently working closely together with other industry bodies such as the Professional Yachting Association (which represents captains and crew) to find practical solutions to the MLC. All organisations involved, including the Maritime and Coastguard Agency (MCA), share the same objectives and recognise the urgency of this problem.

We are at the moment developing a study which shows exactly the impact of the regulations on the layout of the interiors of superyachts. This study will be presented by PYA to the ILO. We hope that the way in which the rules are due to be applied will be changed before early 2012 when the regulation itself becomes mandatory.

The PYA (Professional Yachtsmans Association) is pleased to provide an update to its Members on the work the Association has been doing on the International Labour Organisations (ILO) Maritime Labour Convention 2006.

Over the last 18 months, the PYA has dedicated a lot of time, effort and financial resources toward trying to find solutions to implementing MLC in the yacht industry. The majority of these efforts have been in attending the Maritime and Coastguard Agency (MCA) Large Yacht subgroup (LYSG) meetings in Southampton.

These meetings have also been attended by many of our social partners, International Council of Marine Industry Associations (ICOMIA), Super Yacht Builders Association (SYBAss), Mediterranean Yacht Brokers Association (MYBA), British Marine Federation (BMF) and some yacht designers. More recently these meetings have also included the members of the Tripartite Working Group (TWG). The TWG is the body that reports to the ILO.

PYA welcomes MLC, as this ILO convention aims to improve the working conditions and terms of employment for all seafarers. However, certain provisions within MLC, specifically the size of crew accommodation, pose a significant problem to the yacht industry.

Why does the accommodation pose problems?

The LYSG identified that whilst the MLC was written with merchant ships in mind, there was insufficient room within the legislation to provide the yacht industry with solutions that will safeguard jobs within our industry.

What action has the PYA taken to try to preserve jobs in the yacht industry?

The PYA arranged for a special meeting at the offices of the ILO in February 2010, to discuss with them the specific problems relating to the yacht industry and how it differed from the merchant industry. As a result of this meeting the PYA has agreed to undertake a number of studies that will help the ILO understand better the issues facing the yacht industry.

The first study is to be conducted on behalf of the PYA by our social partners, namely, SYBAss, ICOMIA and MYBA and some yacht designers who are providing data and technical studies about yachts.

The second study is a social study to be carried out by the PYA in conjunction with the Seafarers International Research Centre (SIRC), based at Cardiff University. This study will be ready for distribution near the end of April and further details of how yachtsmen can participate will be published shortly.

Members of the ILO have also accepted an offer from the PYA to visit the South of France, to see first-hand the yacht industry and to talk to crew face-to-face. The PYA has also had meetings with other flag states and will be able to report on the progress made over the next few months.

Due to its non-commercial status, the PYA is in a unique position to voice the concerns of the yacht industry to policy makers and the PYA is committed to continued collaboration with these policy makers until the issues are resolved.

Detailed updates will be posted on the PYA members website on a regular basis as we continue to make progress on MLC.

Preparing superyachts and crew for inspections