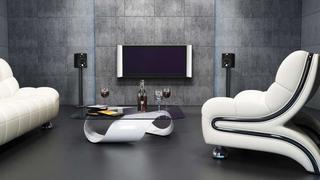 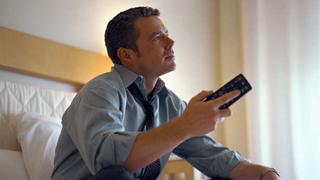 My late father was a short, barrel of a man, much like myself, but only shorter and barrelier. He owned a barber shop in Peckham. Like all great barbers, his skill was not just the way he yielded his Dovo cut-throat razor but his barbershop philosophy. My fathers mantra was above all be straightforward. Say what you mean. Be clear. Clarity avoids the mystery of fog.

This mantra came to mind a recent yachting industry dinner when the subject turned to audio visual systems on superyachts. We all had our war stories: the failures, the disasters. War stories make for better conversation than the successful projects, which do, however, provide a useful counterpoint that set the failures in sharp relief.

A common theme underlying the failures was just how late in the projects owners turned their minds to A/V. On many yachts, the audio visual content is something to be sorted out later. While other areas of the specification will be heavily negotiated, it is not uncommon for the A/V component to be glossed over by the insertion of a provisional cost  a financial allowance reserved in the contract price, founded on experienced guesswork. At best a list of brands and boxes may be identified in the A/V specification, the challenge to this being that the list will have evolved at the time of ordering, and the net result being added cost, added delay and a compromise to ensure the technology fits with the overall design.

A disconnect also exists between how the A/V is actually used versus the original intentions behind the A/V spec, which is often inspired by the latest technological gizmos that are packed with the sort of functionality which the owner pays for but may never use. That said, many owners are not sure exactly what they want, in terms of technology, at the time the build contract is signed or assuming the owner does know, technology will more than likely have moved on significantly by the time the build project reaches the procurement phase.

Another challenge, albeit of a different nature, is a disconnect between the technology and the overall aesthetic of the build: state-of-the-art is designed and installed below deck to provide the holy grail of sound and graphics, but the interior designer might recommend the installation of poor quality flat screen TVs. The sound system is compromised when a structural cross beam lies in the way of a finely tuned speaker location  the effect being an 10,000 speaker that sounds much like a childs enamel potty.

When negotiating a build contract, warranties addressing noise, vibration, speed and range, and paint are the norm. We may still argue over the details, but the key principles are determined early in the life of the project. Let us not forget, just a few years ago it would have been rare for a builder to agree to any kind of performance warranty. However, the benefits of warranties are clear, providing clarity as to what is being built and arguably lifting the overall quality of yacht building generally.

In recent years, a regular complaint from owners has been about AV being treated as an afterthought. I have sat in meetings where the discussion on A/V does not extend beyond the owners desire to watch Sky Sports and films, which in turn explains why so often the A/V specification will amount to little more than x number of sky boxes, a DVD player and a requisite number of screens and one size fits all touch screen remote control. I forget the number of times I have seen such a fancy touch screen abandoned by an owner in search of a physical grey remote control, which switches the TV on and allows for a simple flick through the channels!

The benefits of warranties are clear, providing clarity as to what is being built and arguably lifting the overall quality of yacht building generally

The alternative to the above is when the owner delegates the responsibility of A/V to the crew and whats delivered is a 2-million behemoth that looks the part, earns the provider a small fortune in fees and is so complex the owner struggles to use it, and, whats more, when the crew member who proposed the installation has moved on, the owner is lumbered with the high costs of maintaining the system.

Should we be asking at the contract stage, in parallel with everything else, what owners want from the A/V system? Such that when the owners team is ready to order the boxes, there are a set of minimum A/V performance and installation criteria. On the sea trial should the owners team be trialling and verifying access to satellite TV and tracking how long it takes to change channels? How long it takes to load movies and music? How about accessing iTunes at sea? What about streaming using a sling box? What about simultaneous movie watching in different locations with different start times? How long should a movie take to load? Should the system be future-proofed, albeit for two or three years in advance?

Given the importance we place on multimedia in our existence should we not be advising owners and encouraging builders to spend more time at the contract stage addressing A/V? Should the builders be making provision for standards to deal with A/V cabling?

What we dont want to see is any yacht owner, having abandoned the 2 million, state-of-the art A/V system in frustration and turning to the sling box with V-Sat airtime to the tune of 140,000, in addition to the 2 million already invested in A/V.

Given the importance we place on multimedia, should we not be advising owners and encouraging builders to spend more time at the contract stage addressing A/V?

Outside the yachting space, InfoComm International, which is a trade association representing professional audiovisual and information communications industries, publishes on their website a whole range of standards and guidance that might form the basis of how we might look at A/V in yachts going forward. For example, InfoComm recently published a draft international standard for Audiovisual System Performance Verification (INFOCOMM 10:2013 ds1).

In the foreword to the draft, Ann Brigida, Director of Standards at InfoComm International says that the need for a standard comes from the increasing complexity, the chances of misconfiguration, improper installation and failure to conform to project requirements. Sound familiar? Perhaps we should be learning from others. Some added standards at the contract stage could save everyone headaches down the road.