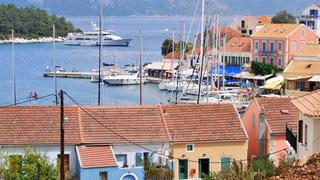 What owners need to know about Greek charters

In the European Union, there is no bar on foreign flagged vessels operating commercially. However, is the whole of the European Union open to flags of whatever nation to charter, subject to all the normal tax considerations? Greece has its own peculiar take on free movement of maritime traffic.

Therefore, like the Ritz Hotel in London, everyone theoretically can take tea there! However, in order to qualify and maintain a Greek charter licence it is almost impossible to meet the criteria unless a yacht is based in Greece, much like tea at the Ritz at £45 per head is a bit rich for most, unless it is a special occasion. The Greek authorities require at least 200 days chartering in Greece over a five year period, which would require 40 days of chartering in Greece each year.

chartering for almost six weeks is a challenge for many yachts but to restrict that chartering to Greece makes it near impossible to secure a Greek charter licence and maintaining it almost impossible for anyone other than yachts based in Greece.

Chartering for almost six weeks is a challenge for many yachts but to restrict that chartering to Greece makes it near impossible to secure a Greek charter licence and maintaining it almost impossible for anyone other than yachts based in Greece. In addition, the chartering licence can only be acquired if an EU commercial yacht is owned by an EU owning company which has a branch in Greece. Non-EU yacht owning companies cannot, as a rule, set up in Greece but exceptions can be agreed on.

There are also restrictions as to guests. As far as the yacht is at berth and not sailing, guests can go on board and even stay a night on the yacht but the yacht must remain stationary at all times. In exceptional circumstances, the Greek Minister of Shipping can allow the full chartering of a non-EU flagged vessel. Since 1999, when the private chartering law was enacted, we are not aware that the Minister of Shipping has ever permitted such a yacht to legally charter in Greek water using his discretion.

I know it is customary to pick up and drop off guests on the islands, but custom is not law. As I have said many times before, just because you get away with it does not make it legal. Greeks will always offer some of the best and some of the most beguiling chartering waters on the planet, but if you are not a Greek based yacht, you may need to arrive and to leave with your company of guests in tact!