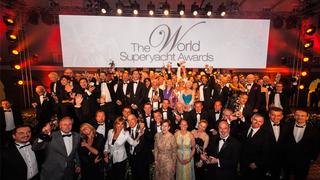 The winners of the 2014 World Superyacht Awards were announced last night at a glittering and star-studded awards ceremony held at the Amsterdam Maritime Museum.

The great and the good of the world superyacht industry gathered for these prestigious awards, organised by Boat International Media, to celebrate the best that the industry has to offer. Designers, builders and owners were on hand to applaud the excellence and vision of the best superyachts in the world. Click on the links below for more details.

2014 World Superyacht Awards – Motor and Sailing Yacht of the Year

Established in 2005, the World Superyacht Awards are today the most coveted trophies in the superyacht industry. With the support of five of the world’s leading shipyards – Amels , Feadship, Heesen, Holland Jachtbouw and Royal Huisman - the 2014 prize giving relocated this year to Amsterdam. Combining a glittering awards ceremony with a gala dinner and dance, the WSA – dubbed the “Oscars” of the superyacht world – were attended by an elite guest list of superyacht owners from around the globe and the most influential players in the superyacht industry.