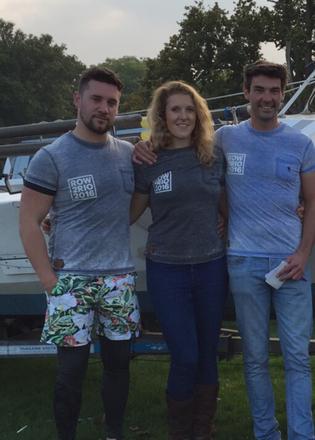 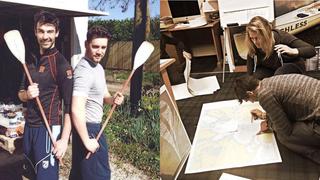 In honour of the upcoming Olympics in Rio de Janiero, Brazil in 2016, four adventurers have launched a bid to get from London to Rio using only manpower to raise money for charity.

Johnny Keevil, Jake Heath, Mel Parker and Susannah Cass plan to cycle and row their way to Brazil as part of the Row2Rio challenge – a journey of nearly 7,000 miles which has never been done before. Along the way they hope to set world records for a new route, completing the feat as a mixed crew and completing the challenge as a four-man team.

The team will set out from the Olympic Park in London on January 16, 2016 and spend the next four weeks cycling south through France, Spain and Portugal before arriving in Lagos. From there they will undertake the most challenging part of the feat - rowing 3,600 miles over open ocean to Brazil in their Rannoch R45 boat – arriving at Belem on Brazil’s north coast two months later. Once in Brazil the team will get back on their bikes and cycle down the east coast for another four weeks before finally arriving in Rio de Janeiro in mid-May.

The challenge is being undertaken in aid of cancer charity Macmillan and the team hope to raise £200,000 for this worthy cause. “This challenge is a personal one, one close to all of our hearts,” said Mel Parker. “We have all experienced someone close to use suffer from cancer and the support we received from Macmillan was incredible. We all realised in our own ways that we needed to give something back – it’s time to payback the kindness we received, with the challenge of a lifetime.”

If successful, the four adventurers will join the likes of Sarah Outen, the British woman who recently completed a gruelling round-the-world adventure, and Ben Hooper, who aims to become the first person to swim across the Atlantic.

To find out more, donate and receive regular updates from the team visit row2rio2016.co.uk